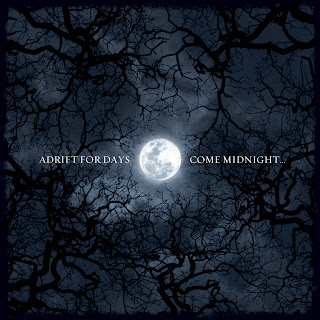 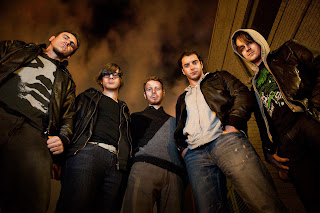 I don't listen to a whole lot of stoner influenced music (obviously if you look back on my reviews) but I do enjoy quite a lot of doom. So when I was offered this, though I was initially a bit skeptical, I decided to give it a shot. Needless to say this did turn out to be more my speed.
This was one of those albums that intrigued me based on a profile that mentioned stoner, doom, drone, and sludge, granted my interest in those varies, but a band who just mixed them all together just made me want to listen. Not a unique fusion at all, but I like the idea of just taking the four styles and crafting something slow, hulking, and heavy; and that's exactly what this turned out to be. This is one of those bands that seems to know how to blend the above styles into something palatable but also quite different. It's not a sound that's going to win over any people with prejudices towards these genres, but if you're a fan already of any of them, you're going to get a real treat in this album. The bass tone is very fuzzy and distorted, but the guitars are very clear and heavy, drawing their riffs from many tried and true blues lines that, played in a different context than this album might come off as hokey or redundant. In all honesty, while listening to this album the only band that came to mind that sounds similar to what these guys are doing is fellow Aussie's Whitehorse, who are equally as interesting a band. If you listen, the production on both this album and Whitehorse's material is slightly similar, very heavy and open sounding, which works. I'll let you decide who's better or which you like more.
However, while the lumbering grooves of the heavy sections are great, when the band move into cleaner and slightly more atmospheric tones, it becomes a far more grabbing listen. Those cleaner tones are far more psychedelic than they really have any right to be. There are many other bands who could take the same principle structure the band use on here (as indeed, many post-metal groups do) and turn into something very stale and trite, enjoyable maybe, but redundant of other groups for sure. While I wouldn't go so far to say that the boys in Adrift For Days have much in common with post-metal or post-rock, those cleaner sections have a similar tone to many of those bands, but is far more reminiscent of groups who tend to jam out on elongated sections like that. A track like House of Cards is pretty much the epitome of that idea, with the group basically just drawing out this clean and atmospheric phrase for the majority of the track before busting into a huge drone-doom passage that just smacks you in the face with it's weight. Perhaps the short The Stormbreaker is a better indication of simplistic songwriting with the cleaner tones, but is a lot less of an indication of what the band actually sounds like. Though I have to say that track in particular is the one that springs into my head when thinking about this album because it is easily the most accessible and immediate track. If what you're looking for is a jam piece, definitely go for closer Eyes Look Down From Above, which is an epic piece that is probably the slowest track on here and is the most connected to the ideas from drone. This was the track that gave me the most difficulty while listening through, mainly because of how restricted the track felt. Having more atmospheric moments on the few tracks to come before it, I did kind of feel like this epic had lost something by not including something as ambient or atmospheric into its structure, but that's just me.
It's a pretty damn solid album, a bit too long in some spots for my own personal taste, but it's never a dull moment. I would definitely say that if you're going to listen to this, give it time because it is not an easy album to get into from my experience with it. Definitely a must for all fans of slow and heavy music this year, do not skip this over!
Overall Score: 8.5
Highlights: House of Cards, Back of The Beyond
Posted by maskofgojira at 9:20 PM