As it's probably become common knowledge at this point, I enjoy a good helping of post-rock in my music, and post-rock in general really. I've been a pretty big fan of Devil Sold His Soul for a couple years now and think that they are a really cool band but The Elijah is a new group to me, but I've heard and read reviews where the two bands are mentioned together in terms of style, so I figured I'd just post them together. Both reviewed from 1-10. 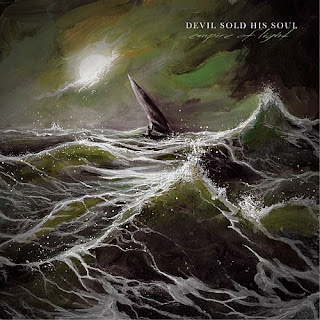 Back when I was first getting into the whole post-metal style a couple of years ago, I do remember finding Devil Sold His Soul quite early on. This was back before I was as into instrumental music so was looking for groups with vocalists, just to mention, so I was looking for groups who could perhaps make the style more palatable to me. Even though they're not straight post-metal, really not all that metal, they're still a group that I hold in high regard.
I know that for a lot of people, even though the music of a band like DSHS might be interesting and cool, the vocals might be a turnoff because the screams are more in the vein of that throaty screamo style and the sung vocals might be almost emo, but for me that's sort of what drew me to the band. The music was able to be really heavy and powerful, but it could also be melodic and atmospheric and the vocals brought a distinguishing factor to that sound that not a lot of other bands doing a similar thing had. For this album in particular, it feels a bit more song based, at least to me. While there are still dynamics, I did find that the album had tracks that did tend to prefer either the heavier side, Sorrow Plagues, or the lighter, more post-rock side, A New Legacy, both done very well mind you, but it did feel less fluid, in a sense, than their last two full-lengths. That does make the first half of the album more palatable than perhaps their other albums did and I suppose having songs that were straight-up heavy would do wonders for a live environment, but I did sort of miss the ebb and flow that the melding of both ideas brought, though that does come up later in the album. For me tracks like Time and Pressure and The Verge really epitome what this album does right. The former is just this post-metal track that has all the right elements in a compact five minutes and actually contains a middle section that I would consider one of the heaviest parts/riffs/sections/etc. I've heard all year. The latter track starts off with a somber piano melody and (maybe) female vocals - vocalist Ed Gibbs can come off somewhat feminine in some parts but I really was unsure if it was him or a girl who just sounded a lot like him in this case, that gradually build into a heavy and anthemic climax.
While I'm not quite sure this album is as good as 2010's Blessed & Cursed, it's still a very good album. I think the band is still exploring new avenues for their style, whether the avenue is stylistically or, more in this case, structurally, I think that it's just great to hear the band constantly trying to expand. If you dig heavier stuff like sludge or post-metal or even stuff like emo and screamo, I think that you'll find something on here to like, as I have.
Overall Score: 8
Highlights: It Rains Down, Time and Pressure, The Verge 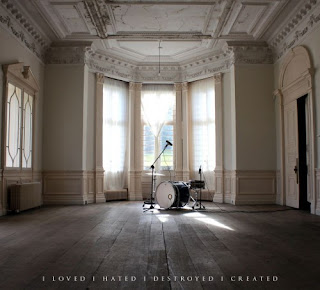 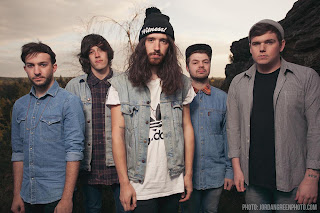 Even though they've put out several EPs, this is the first time I've heard of The Elijah. I remember seeing the cover and I thought it was pretty interesting, being how bright, but bleak it is, and it did draw me in. I read a review that said it was pretty solid so that was enough reason for me to go out and check this one out.
In much the same way as the album above, this is the sort of album that someone may enjoy musically, but despise vocally. On the instrumental side of things, the band is less interested in metallic heaviness and more on straight-up post-rock climaxes. You won't find overly distorted guitars that hammer away at you (which make for some nice headbanging sections actually) and the band instead uses a post-rock mentality for writing material. The soft sections are quiet and very withdrawn while the more intense ones are similarly melodic but make use of more intense tremolo picking for that epic sort of atmosphere to be achieved; and I have to say that despite how formulaic that can wind up being, the band do an admirable job at making each track on here work. Sure, there's some distortion on here, it's not as if it's completely devoid of it, hear the rather brooding I Hated for example, but it never proves to be an overwhelming presence on here, used more as an additional color in the band's palate. But, vocally, and this is where things could get dicey for some people, the vocals switch between more of that screamo style and a very clean timbre that did sort of remind me of Daniel Thompkins (ex-TesseracT) in some ways, which I do not consider a bad thing. Aside from that, I do have to say that there are some really beautiful moments on here, I Regret is an absolutely beautiful piece of music that hints towards the more recent works of a group like Mono and I just loved it. I think that I Destroyed is also the best track on here showcasing the best use of melancholia on the album and demonstrating both the fragility and intensity with which Dan Tomley's vocals can be delivered.
In the end, this album really brought out a lot of different ideas that I found myself really enjoying. Though some of it can come off as a bit redundant in spots, I think the band are extremely talented and will hopefully evolve into something even more spectacular in the future. If you like post-rock, screamo, emo, or even if you dig some softer forms of metal, I'd definitely recommend checking this album out.
Overall Score: 8.5
Highlights: I Loved, I Regret, I Destroyed
Posted by maskofgojira at 8:37 PM