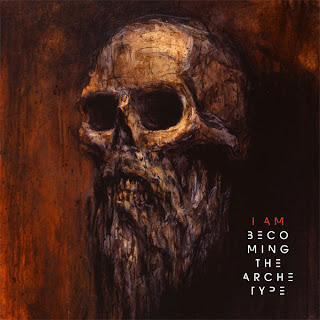 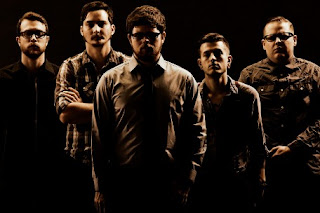 In my opinion, I've always thought that Becoming The Archetype was a badass name for a band. I didn't care about the reasons why it was chosen or it's religious and spiritual connotations, it just sounded really cool. In addition to that the band have always put out some of the best metalcore-esque I've heard, so I was really looking forward to this album, even knowing that like half the band had been replaced.
Despite how much I was looking forward to this album, I have to say that from the first listen onward, I was only disappointed. I'm not sure how much input the three new members had on the writing of this album, but this is a huge letdown in so many departments, songwriting included. So, I'll address that first. In the past, regardless of whether or not an album was more original or interesting than others, I've always held the belief that the guys in BTA knew how to write really good songs. Their first three full-lengths, Terminate Damnation, The Physics of Fire, and Dichotomy, I think are all great albums that each express an idea and show a different side to the group. Now, I wasn't overly crazy about last year's Celestial Completion, but it was plain to see that the band were at least going out on a limb and trying out newer ideas that included elements from post-metal, ska, and symphonic music so I accepted that that was more of an album based on experimentation rather than on strong songwriting, which was fine. Leading up to this album, obviously with the inclusion of a new rhythm section and vocalist, the writing would differ in some sense, and the band came out and said that this would be a return to their older sound and would feature some of their most technical material yet.
I'm not sure if I feel lied to or just disappointed by that statement. Yes, this is a somewhat technical album, and I'll come out and say that it may just be my fault for thinking that the entire album would be reminiscent of a track like The Time Bender, which was released early on. Sure, the track wasn't anything all that special, but if that's the route that they were taking on here, fine, but aside from that track and a few other on here, this album did not live up to what I expected. The Physics of Fire, I think, is a far more technically proficient and interesting album than this album. This is also the closest album I think the band have ever put out to sounding like a stereotypical metalcore group. That tag has been with the group since day one, but on all four previous full-lengths they've managed to always put that "progressive" tag at the forefront either through experimentation or technicality, this just feels very safe and uninteresting. The band have used breakdowns in the past, I don't have a problem with breakdowns inherently, but I feel like you need to earn the right to use them in a song, not rely on them as a crutch, but this album has so many that are just so dull it's almost depressing. By the way, there's also a bit of a djent thing on a couple of tracks on here, something I really didn't need to hear from this band.
But, and this was probably one of the most irksome things when listening to the album, new lead vocalist Chris McCane has absolutely no personality coming through his growls and yells. Former vocalist/bassist Jason Wisdom may not have been the picture of originality, but he had a tone that was very powerful and direct, McCane just sounds very faceless. Guitarist Seth Hecox has performed clean vocals in the past, but I've always found his voice more grating than enjoyable; and on here he's at his peak of annoyance. The clean vocals he delivers fall flat on so many occasions it seriously made me wonder if he was even trying. The chorus on The Sun Eater was spectacularly irritating to listen to and was probably the most annoying chorus I've heard all year.
This was an incredibly disappointing album from a band that I actually consider to be one of the best groups to emerge from the early 2000's metalcore scene. It's totally uninteresting and rather dull in more than a couple spots. If you're a fan of the band, check it out, but otherwise go listen to the group's other full-lengths before you even consider checking this out.
Overall Score: 6
Highlights: The Time Bender, The Planet Maker, I Am
Posted by maskofgojira at 10:52 AM