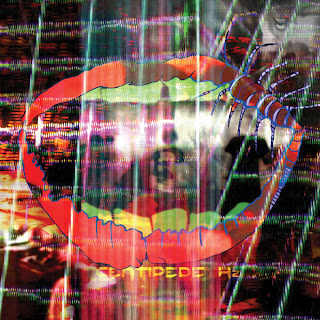 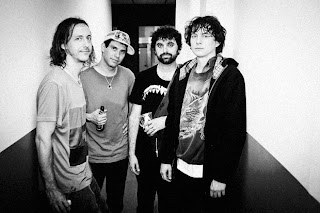 Despite all the praise and attention that a group like Animal Collective receives for their material, I still think that they're worth talking about here. There are a bunch of groups doing what's called "neo-psychedelia" but very few of them are actually doing anything worthwhile like these guys have been. Having only been recently acquainted with the band something like two years or so ago, this is the first time I'm talking about them, hopefully it won't be the last.
I'm not going to pretend to be someone who's really knowledgeable about Animal Collective, because I'm obviously not, but I do dig what they do - so don't eat me alive. I think I was probably one of the few people who didn't think 2009's Merriweather Post Pavilion was a masterpiece. It was their pop album for sure, but the problem I had with it was that I didn't find it all that catchy, it was more like a soup of ideas. Nothing really stuck with me, including the singles. I preferred albums like 2005's Feels and 2007's Strawberry Jam because the songwriting on those albums, I felt, were just so much more eccentric and fun. The latter even had that soup like quality where sounds and melodies were being blended together ad nauseum, but still managed to somehow make something coherent and interesting. The latter also happened to have a more rock backbone to it that make the songs feel more aggressive while the latter felt more psychedelic - in a traditional sense, while still conforming very much to the band's own sound.
I was very glad when I had heard that this album had the band returning to the sounds of those albums instead of continuing with the poppy sounds on their last full-length. Moonjock is a great opener that really has the band firing on all cylinders, it's catchy and fun but also totally eccentric and disorienting. From there though, I did feel like the next couple of tracks just weren't as energetic. Were they catchy and fun - for sure, songs like Today's Supernatural and Applesauce are actually exemplary displays of everything that the band do but there was just a lack of that energy that the opener brought that was missing. It's only on the Deakin-led Wide Eyed that I felt like the band had written something just as grabbing as the opener was, but by making it much more restrained and emotional. But it's worth noting that every song on here is at least a buffet of sonic ideas. Nearly every song on here is bubbling from how many various effects and sounds come at you in a given moment. With that being said though, I did feel that from about the middle of the album to its conclusion, the album did drop in quality for me. Tracks like New Town Burnout and Mercury Man just did absolutely nothing for me and it was just in one ear and out the other without leaving much of an impression. It wasn't until closer Amanita that I felt like the band had picked up steam again (too little too late for my liking but at least they did pick up steam). It's a smoother and less dense track that features some nice rhythmic patterns cycling throughout it.
I wouldn't say any of these songs ever struck me as being bad or dull, but it is not as strong as either of the albums I have a preference towards that I mentioned above. There are some very catchy and fun tracks on here, and even if it doesn't top some of their older work, it's still worth hearing. Still, if you happen to enjoy lush and eccentric bands and artists, definitely check these guys out.
Overall Score: 7
Highlights: Moonjock, Wide Eyed, Amanita
Posted by maskofgojira at 8:25 AM