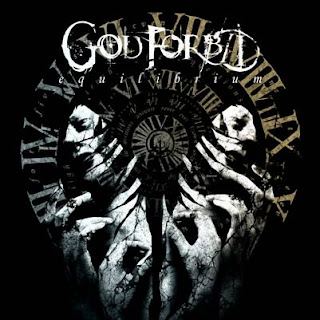 When it comes to metalcore, I'd dare to say that despite not being as popular as some of their peers, God Forbid is possibly one of the most interesting bands to emerge from the early 2000's metalcore/New Wave of American Heavy Metal scene. They were one of the last metalcore groups I remember getting into, but they've always been one of those bands who've managed to change with each album. This album is the first with new guitarist Matt Wicklund after original member Dallas Coyle left the fold in 2009.
I have to admit it was a bit weird when God Forbid released the first song from this album, Don't Tell Me What to Dream, and there was a big hype that the band was going to jump onto the djent trend. I think that anyone who had listened to more than a few songs from the band's past releases probably would have told you that that one song has never been an indicator of what direction the band was going in for an entire album. Having said that, there are three songs on here, depending on how you view Move On, that have elements of djent. Aside from that, the band have crafted an album that contains songs that could have come from several of their previous albums. There's a pretty even balance between more traditional metalcore songs like Overcome, songs that recall more of the band's trash side like A Few Good Men, and a bit of the progressive edge the band used so heavily on their last album like the title-track. From my point of view, the metalcore tracks on here are easily the weakest part of the album, and most of them, not all mind you, are gathered near the center of the album, which causes the middle to sag in quality quite a bit. I do have to compliment the band on getting over the hump that Dallas Coyle left when he left the band, which has led to the strongest vocal performances yet from both Byron Davis and Doc Coyle, though whether or not their voices appeal you is another matter all together. I'm not going to claim that there's no auto-tune used on their vocals, but I will say that considering how much I've heard other bands use, what's used on here doesn't bother me too much.
I think it's a solid album for the band and it continues their trend of making albums that are sonically different from one another. I do think that this album could have been a lot better if they had cut out a couple of the more "modern" metalcore tracks and focused a bit more on the aggressive and progressive sides of their sound instead, but that's just me. It doesn't top their last album for me, but it's still worth checking out if you want to hear one of the few metalcore bands that are still worth listening to today.
Overall Score: 7
Highlights: A Few Good Men, Equilibrium, Pages 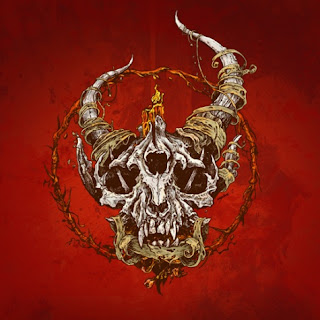 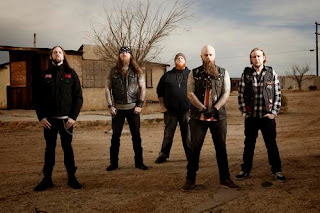 Back when I was first getting into more aggressive styles of metal near the end of grade-school, metalcore was one of my gateways into more extreme forms of heavy music. Along with modern hard rock and a few nu metal groups, I was huge into the genre, which is where I found Demon Hunter. I can't say that they were ever one of my personal favorites, but I always appreciated how they could craft a memorable hook while still making songs pretty hard hitting.
When listening to the back catalog of Demon Hunter's work, it's pretty apparent that the band have a core sound and each album is only a slight modification of that core sound. Whether it's the slightly industrial and nu-metal inflected sound of their debut, the darker sound of Summer of Darkness, or even the heightened melodicism of The World Is A Thorn, each album really isn't all that different from one another. But what has made the band stand out is what I said above, their ability to write some solid heavy parts but having huge hooks that are extremely memorable. The band had said that for this album they wanted to craft an album that was what they wanted to hear from heavy music, and honestly, if this is what they want to hear from heavy music, I'm pretty disappointed. While the album opens up solid enough, it becomes apparent rather quickly that there is a serious lack of big hooks on here. Sure, tracks like God Forsaken and Someone to Hate are definite standouts, even if the former is edited weirdly (at least in my opinion), a lot of these songs just sound weak and are nowhere near as strong as what the band has put out in the past. Songs like Tomorrow Never Comes and This I Know stand out to me just because of how terrible I think the hooks are in those songs, which, unfortunately, has led me to view them as two of the worst songs the band has ever written. Having said all that, I will admit that this is probably the most "metal" the band have been, there is a much stronger thrash influence on here, and even black metal on a couple of tracks, which is refreshing. I will also say that the band have a very good track record for writing (power) ballads that are always top-notch, and I will say that Dead Flowers is among the best songs they've ever written in that regard.
I think it's a solid enough album, but it's nowhere near memorable enough to surpass the last couple of Demon Hunter releases in my opinion. This is actually the weakest album I've heard from the band in a while, sorry if you disagree. If you're a fan of the band, you'll most likely check this out no matter what I say about it, but if you haven't heard of them before, go for one of the one's I mentioned above to get a better start.
Overall Score: 6.5
Highlights: God Forsaken, Someone to Hate, Dead Flowers
Posted by maskofgojira at 9:04 PM