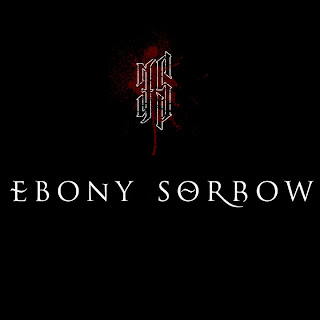 When Ebony Sorrow first sent me their demo I was very impressed with the sound they were working with. Despite having been a band for over a decade this is only their third, overall, release. This EP comes three years after that demo was originally released so when the band told me about this I was interested to see how they had progressed.
The four tracks that make up this EP show as much diversity as the band's last demo did, with each track personifying a different musical approach. Opener Hadephobia is without a doubt the highlight of this release. It's a stripped-down and intense piece of black metal that just drives forward before shifting gears and changing into a bluesy groove that just turns the entire track into something new. The three other songs take that song and sort of split it into what could be taken as the parts that made it. Prayer is a straightforward black metal song that incorporates some nice clean vocals near its conclusion while Supositorium is a piece of snotty punk influenced grindcore that, while it isn't really my thing, is pretty quick and doesn't really do anything to get on my nerves. The band is, in my opinion, at their best when they're just bulldozing the listener down with intense black metal riffs or blasting grind, though I wasn't too huge on their punk yells (if that's what you could call them). The intensity they generate is far better than most bands that have been going for as long as they have.
I'd like to think the band made a step forward with this release, though I'd like to think that they could accomplish so much more. With all the different styles they've been able to utilize on their various recordings, I think that they could actually begin fusing them together into a more concrete style. I'd love to hear a longer release too, but for now, this will have to do.
Overall Score: 6.5
Highlights: Hadephobia, Fierce Fucking Winds
Posted by maskofgojira at 1:35 AM