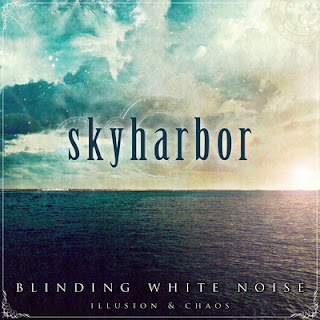 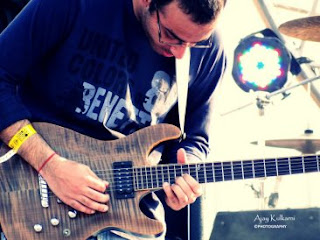 I remember back when I was first getting into the whole "djent" scene back in 2010 and I discovered a project by the name of Hydrodjent. I remember thinking, at the time, that the project was one of the better one-man bands from the genre and it was a shame that more material wasn't really being put out by the project during that period. Well, a couple of years later and we have the debut full-length from Hydrodjent or, as it's more commonly known as, Skyharbor.
I guess I'll just start this review off with a rant because this album is doing something that I find completely unnecessary. This entire album isn't even fifty minutes long, total, but somewhere along the line it was decided to put this out on two discs, which I just find absolutely ridiculous. I understand that this is supposed to be a concept album and that the two sections that make up this album are quite different from each other, in terms of their approach, but there is no need to put this out on two discs. I really hope more bands don't think this is a good idea because I don't want to start seeing bands release double albums because they think their ten minute long epic should be separate from the thirty minutes that make up the rest of their album (neither length represents the actual lengths of the sections on here by the way). Sorry if you disagree, but I just find this idea irritating.
But onto the music itself. If you're a fan of groups like Periphery or TesseracT this is going to be right up your alley because main man Keshav Dar brings a sound that is comparable to both groups on here. Instrumentally, it's more in line with the likes of Periphery because the riffs are less focused on djenty chugs and feature more interesting guitar playing while still providing songs that are quite direct. Though I would say that it's probably not as rich with various textures as either group, I somehow doubt that this album was meant to be looked at in that way, it's more about providing catchy and interesting songs rather than lush musical soundscapes. Vocally though, the TesseracT comparison should come as no surprise seeing how ex-TesseracT vocalist Dan Tompkins provides vocals for the first seven tracks. Personally, I'm a fan of his vocals and I think he has a really good sense about writing melodies that are ear catching and memorable. Having said that, there are songs that he's on that I don't think quite work. Opener Dots feels a bit too technical and fast-paced musically for his vocals to really soar over and I just was not into the chorus on Aurora at all . Along with him, you also get guitar solos from the likes of Marty Friedman and Vishal J. Singh on two tracks as well, which wind up being the only real guitar solos on the album, and are just as well played as you might expect.
The last three tracks (or disc two) feature Sunnieth Revankar on lead vocals, and you get a very different approach from the first seven songs on the album. Personally, I'm not really all that into his metalcore-ish shouting style of vocals, though his style does fit more with the more technical approach on the songs he's on. When he actually sings, he pulls it off pretty well, if I may say so, and find that his style of singing is quite unique and impressive. The chorus of Aphasia I found extremely catchy and the melody he sings on Trayus really stuck with me. Musically, I guess I find these last three songs a bit more interesting because there is more going on with the guitar work, though one could argue that it's not as "original" sounding as the material on the first disc of the album.
The album is solid enough, I've seen a lot of people give it really high scores and saying that it's such a refreshing and original album, so I guess I'm in the minority in that regard. Frankly, it's not great, but it's by no means bad in the slightest, just not nearly as good as I guess I wanted it to be. Djent and modern prog-metal fans will surely enjoy this to the fullest no matter what I say anyway.
Overall Score: 8
Highlights: Order 66, Catharsis, Aphasia
Posted by maskofgojira at 10:07 PM