Obviously I'm a fan of the sub-genre/sound of djent bands and have covered more than a few bands, but among the larger artists/groups gaining critical acclaim, there are also smaller artists bringing some interesting ideas to the table as well. I'll admit that finding a good band in the sub-genre is probably just as hard as finding a good band anywhere, but with the sound quickly degenerating from a form of progressive metal into something resembling nu metal and rap metal (in some cases) interesting groups and projects are becoming harder and harder to come by. (all of these are reviewed out of 8) 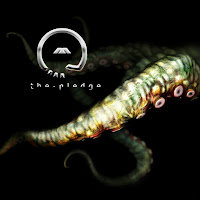 This debut EP really came out of nowhere and has really surprised a lot of people. Unlike a whole lot of ambidjent groups and projects popping up, this three track EP is not only produced well, allowing the djent grooves to really pop out, but also has a solid amount of uniqueness. While the whole ambidjent sub-sub-genre isn't all that original at this point, there really haven't been that many groups that have really experimented with it. There are plenty of groups who use ambient elements in their songs from the djent scene, but I have heard a whole lot of projects put it into a context like this one does. The riffing itself reminds me more or less of that of Periphery due to how busy a lot of it can be, but the ambiances really don't sound exactly like any other group, shifting from tranquil and calming to epic post-rock-esque climaxes, closer III: He Had Been Old In The Beginning; But He Was Saved even reminds me of Deftones quite a bit during the "chorus" segments. It's a very promising debut that hopefully leads to more extraordinary material from this project.
Overall Score: 8
Highlights: III: He Had Been Old In The Beginning; But He Was Saved 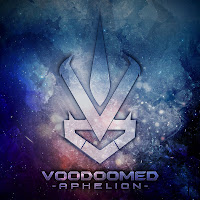 Voodoomed is a project that only recently caught my attention. I remember seeing that the album was released and had kind of debated whether or not to cover it, at the time. I obviously waited and thought it was appropriate to cover it now. As far as djent goes, with more and more instrumental one-man groups popping up all over the place, finding someone with either interesting ideas or a sound that's original is becoming more and more difficult but I think that this project actually manages to put an interesting spin on the genre. While none of the songs are all that long, each one brings a different vibe to the table, though not wholly original. What caught my attention from the first listen though was the use of more textural ambiances, which once again isn't an all together original idea, but interspersing ambient pieces with your typical djent tracks was a good idea to stop this from becoming boring. Not every track is great, but there are a couple on here that really are quite promising.
Overall Score: 6.5
Highlights: Blue Giant, The Sprawl, New Rapture 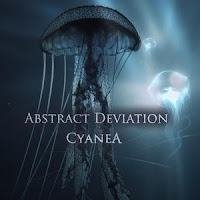 Of all the three projects on here, Abstract Deviation is the only one to feature vocals, which is a first for them. Though this isn't the first djent group I've heard to make use of female vocals, this is the first one that didn't make them sound contrived or dull. Alisa Lisovna's singing really brings an interesting air to these songs, at the very least because she doesn't scream or growl, but really makes them come alive in a different way than I've heard a lot of other groups try to do. Her voice is more husky sounding, so it's not like super operatic or pretty sounding, but fits more naturally with the grooves that most of these songs make use of. On the instrumental side of things though, once again, Periphery is a comparable group to look to for inspiration. The riffs used don't lean too heavily on grooves and you'll find just as many, if not more, technical and progressive riffs than djenty/deathcore chugs. It's a solid EP, I think that the band finally making use of vocals may have shifted their songwriting a bit, so this may be more of a transitional release before they really develop their own sound to adjust to the vocals, but it's well worth checking out if you're into this sort of stuff.
Overall Score: 7
Highlights: To Sin!!
Posted by maskofgojira at 11:46 PM