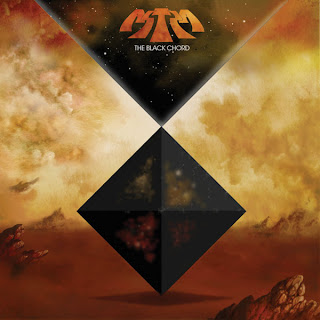 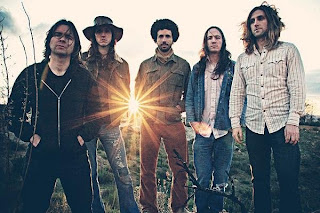 I wasn't even aware that Astra was putting out a new album until maybe a week or so ago to be honest. It's one of those things where I listened to their debut, the appropriately titled The Weirding, when it was first released but really haven't kept up with the band since then. So, when I found out they were putting out a new record, I obviously wanted to cover it.
As many people probably know by now, I'm a big fan of 60s and 70s progressive and psychedelic rock and folk music. I love that stuff, whether it be the more classic and well known groups or more obscure bands that might have only released one album before dissolving, so as much as it pains me to say this, I dig groups that can pull off that retro sound well. As their first full-length demonstrated, these guys know how to channel the mood and sounds from those days correctly, without making it sound too cheesy (there's always going to be cheese if you're playing retro, especially prog music) but they give it a slicker and more modern sounding production. I mean, that description is probably a bit more fitting for the band's last full-length because the definitely amped up the retro production on here, and it definitely sounds more analog than digital, but it's still crisp and clear. It doesn't sound like a band trying to sound like they recorded in the 70s and more like a band striving for a sound that is more warm and natural. It feels like that was brought about by natural means rather than contrived ones, if you catch my drift.
Though I'm sure the band is striving for an original sound, their influences come out clear as day, whether they like it or not, on here. Probably the biggest and most obvious comparison is to Yes, to the extent that I actually wish modern day Yes actually sounded like this. It's classic prog-rock with extended solo passages and strong instrumentation. Besides that, there are also nods to the likes of early Genesis on the ballad sections of the album, Hawkwind, listen to the first third of opener Cocoon, and ELP (Emerson, Lake & Palmer for those unaware) in some of those more interesting guitar and organ solos. There are numerous other groups one could mention, but this review is meant for Astra, not hidden prog gems. Even though their influences shine through extremely clearly, I still commend the band for writing songs that don't rely too heavily on a single influence or at the very least, rely on them in ways that make me think that these guys are simply ripping off all of the bands I just mentioned. There's a nice balance between more rocking moments, psychedelic jams, and more somber balladry on here, all of which is expressed within the title-track if you want a good summary of what this album is really about, but I personally felt like the band was at their best when they were working with either a single idea or a couple. The title-track felt a little too monotonous for me (and this is from someone who loves it when bands are all over the place and love lengthy pieces of music) and didn't wow me as much as some of the shorter tracks did. Tracks like Quake Meat and Drift work because they're principally based on only a couple of ideas, the latter being a well executed ballad while the former is a great psyche-rock track that goes into a really cool jam near its conclusion.
Is it cheesy, is it over the top, is it probably going to turn a lot of people off by how unabashedly retro it is? The answer to all three is yes, but that doesn't stop the record from being extremely fun to listen to over and over. I doubt that this record is going to go down as a classic, but it's certainly a nice record that I got a good amount of enjoyment and entertainment from while listening through it; and I hope others have a similar feeling towards it as well.
Overall Score: 7.5
Highlights: Cocoon, Barefoot In The Head
Posted by maskofgojira at 8:08 PM