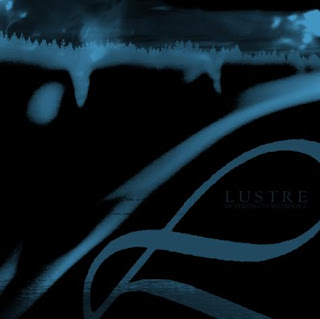 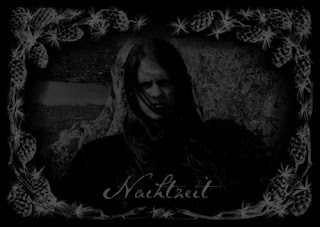 Nachtzeit's work with his solo project Lustre is one that has really challenged the sound of black metal since its inception back in 2008. With every release, his sound grows into something far more mystical and distinct, with many praising his work on 2010's A Glimpse of Glory. Though I somehow doubt that this short EP will show that much development from his last full-length, I think it's acting more as a prelude to the next full-length (to be released in a few months).
The four tracks presented here are some of the most ambient that Nachtzeit has released with the project. It's rather debatable whether you could even call most of what's on here even metal to be honest. When I look back at the previous releases that I've heard from Lustre, there was always that harsher underbelly that made his tracks black metal, no matter how slight that distortion might have actually been; but on here, aside from Part I and sections of Part III, this release is even more in the vein of dark ambient, so, as it should rightfully be assumed, this is softer than ever. This still brings that almost ambient electronica sense of melody though, which was one of the most appealing elements to the project in my opinion. The other two tracks, Part II and Part IV, are essentially ambient pieces that were just sort of there for me. Personally, these shorter pieces, not a single song crosses seven minutes, don't really do it for me in the same way that some of the project's extended pieces do, but for what they manage to accomplish it's fine.
I really enjoy Lustre and I think that Nachtzeit is a musician who's been involved in some interesting projects and bands, but this is just sort of there for me. I enjoy it, but somehow I doubt that this is going to go down as a masterpiece, maybe the full-length following this will (and I hope it will be great). Having said that, I still very much recommend checking Lustre out, if not this release than one of the others because all of them are interesting at the very least.
Overall Score: 6.5
Highlights: Part I, Part III
Posted by maskofgojira at 9:33 PM