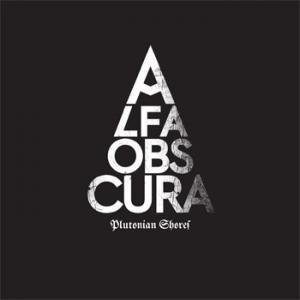 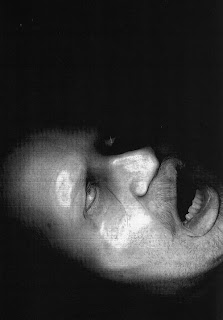 Bjørge Eide Martinsen is a musician who's been dealing within the black metal scene for quite some time now and has recently gotten several projects off the ground. But, for anyone who's actually heard any of the projects he's worked with it's going to be quite obvious that they are far from the typical style of black metal. Whether it's in Yurei or Delirium Bound, among other projects who haven't released albums yet, or even his bass work on the most recent Virus album, you always know that it's not going to be normal.
I have to say that personally, I'm very jealous of Martinsen's talent for making projects that are similar enough to kind of orbit around the same musical sphere but are all actually individuals. Of the projects I've heard him in, and excluding his work with Virus, in which you could obviously tell he was a great player, the three black metal projects he has, that I've heard mind you, including Alfa Obscura, Delirium Bound, and Yurei, they are all very different from "standard" and "traditional" black metal, despite how kvlt he may have intentioned them to actually be. When I compare this album to the two albums he released in 2010 under Yurei and Delirium Bound, this project falls somewhere in between the two. It's not as abstract and dissonant as Yurei, but it isn't as straightforward and abrasive, in more of a punk and rock'n'roll sense than a black metal one, as Delirium Bound was. You'll find that this is certainly very dissonant, but is still quite graspable and easy to kind of wrap your head around the sound that Martinsen is going for on here.
From the various bands I've heard him play in, there's a very clear jazz influence to his playing, which came through in the Virus album probably the clearest out of all his projects. Like all of his projects, the bass plays just as much of a role in the sound of the project as the guitars do. Throughout his work, the bass has always been a prominent feature that has helped to characterize his recordings because it's never been an instrument that is put in the very back of a recording to simply add (though it is debatable how many bands that can actually be applied to) low end. One could add that the raw and noisy production does add to the dissonance of a lot of the riffs used, and it's certainly hard to deny that, but it's just one of those factors that you either love or hate when listening to one of Martinsen's projects. Sure, there are certainly songs on here that are more straightforward and don't really tread too far into the more dissonant realms of Martinsen's sound, including The Weaver or Benighted Hierophants, but the noisy production still makes sense on them, those are actually some of the easier tracks to get into on the album by the way. The noisy quality also adds this air to the background which, I won't lie, does factor into making the album sound a bit more chaotic, but I stand by the fact that even if you made these recordings more sterile sounding, you'd still have a pretty discordant.
Overall, I while I enjoyed this album, it isn't as much as a "rocking" album as Delirium Bound and it isn't nearly as mind-crippling as Yurei, and instead falls somewhere in between, like I said above. It's not bad by any means mind you, but I could just as easily see some of these songs falling into one band or the other if they were pushed a little bit more in one direction. It's solid and I definitely recommend checking out anything Adversum puts out, but it won't change your view on Martinsen's work if you're already a fan, or not.
Overall Score: 8
Highlights: Hell Re-Throned, Benighted Hierophants, The Demon Is On The Horn

As a sidenote, this will be the last review I'll be posting for 2011. I am no longer covering anything else from last year or years prior.
Thank you
Posted by maskofgojira at 9:01 PM