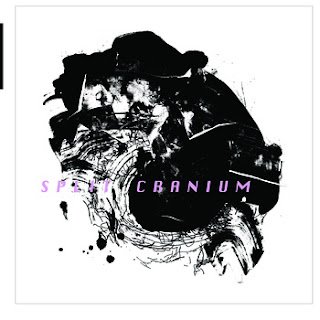 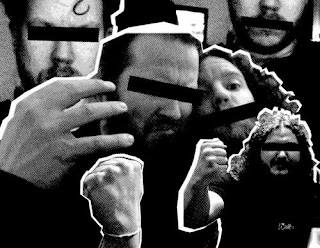 When Split Cranium was first announced, I, like many, was probably curious about what the group was going to end up sounding like. I remember listening the first track that the band released from the album and thinking that it was an interesting direction, though the song didn't really do much for me. I'm willing to see if the remaining tracks from the album are any better.
You know, despite listening to the song Tiny Me when it was released, the last thing I ever expected to hear Aaron Turner along with members of Circle and such do was an old-school hardcore/d-beat band. I mean, this is no-frills, straight ahead punk and hardcore, with most songs not even crossing three minutes in length. These things just take off and don't stop. It was kind of a weird experience putting this record on for the first time and realizing that none of these songs were going to slow down or move into a more dreamy or melodic section. Having said that, there's still a great appreciation for something called "the riff" in this band, with songs like Tiny Me or Sceptres to Rust bringing something more than aggression to the table and putting forth something that can actually stick with a listener. I guess I should also point out how fun these songs are to listen to. I mean, because they're so short and fast, there's just something exhilarating about listening to these songs just drive forward.
With all the above still remaining true, the members of this band are still guys who love experimental music and just cause they're doing a straight-up hardcore punk sort of band doesn't mean those influences aren't going to come through. Obviously, it's going to be on the longer tracks where the band's more experimental nature is going to show through clearest, but even with that in mind, they always keep that punk energy going. The likes of Blossoms From Boils begins as a no-nonsense punk song before morphing about midway through by bringing in a sort of stoner rock groove, which is just catchy as all hell I should add, and some eerie vocal chants in the background. It's probably my personal favorite track on the entire album. Similar chants reappear in Yellow Mountain as well. But the most obvious occurrence of experimental tendencies coming through on this album are on Retrace The Circle, which mixes, at least to me, driving, thrash-influenced hardcore under Isis-esque vocal lines. It's probably the only track on this album that I heard any semblance of Turner's old band, and it's rather fleeting at that. Most of the track is that, with a middle section that descends into noisy soundscapes that won't be unfamiliar to those who've followed other Turner projects like House of Low Culture or Mamiffer, though it is by far more accessible.
I'm not sure what more to say other than it's just a fun record, nothing more, nothing less (to me anyway). While I'm sure it's gonna turn off those who enjoy Turner's more experimental projects, those who enjoy a short and fun hardcore record will find something good here. It's the sort of record that you'll put on when you don't want to listen to something too serious and just want to have a good time listening to a record.
Overall Score: 7.5
Highlights: Blossoms From Boils, Black Binding Plague, Retrace The Circle
Posted by maskofgojira at 8:32 PM