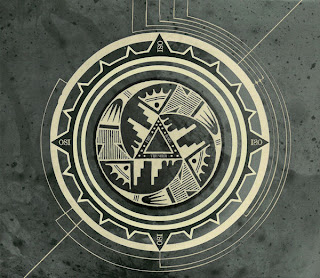 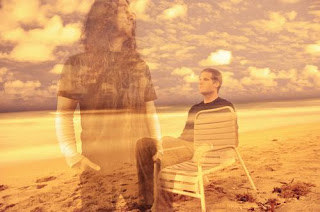 When I was going through my progressive metal phase a couple of years back, back when I thought Dream Theater was the be all and end all of music, I went scouring through anything that was attached to them. It was only a matter of time till I got to OSI, which at the time still featured Mike Portnoy on drums, though my first "real" introduction into the band did come in the form of 2009's Blood. Since then, I have enjoyed the band off and on throughout the last couple of years, but was definitely interested in seeing what they'd do on this new album.
I have to say based on first impressions, I was very impressed with what this album brought to the table. While previous albums were fine and dandy, I don't think that they gave me, personally, all that much to really return to aside from a couple of songs or so from each album. So when this thing started with Cold Call, I was really impressed. While the riffs that Jim Matheos brings to the table for this project have never really been all that progressive, when you put them up against the work he did in early Fates Warning records or even the Arch/Matheos release from last year, they're groovy and thick sounding enough to stick with a listener. Really, that is one of the strengths of the band, rather simplistic sounding riffs that just stick with you for longer periods of time. From my point of view though, the project is really made from the Kevin Moore's input. I don't think anyone would say that he's a great vocalist, but his monotonous and deadpan, near spoken word at some point, vocals help give the band a unique flavor that really hasn't been done in a lot of other groups. But the sound of his voice isn't why I believe he's the group's greatest asset, it's his sense of melody. For someone who really isn't a "vocalist", he has a really good sense of melody and that has led him to create some really catchy parts that I don't think people would really expect. Not to mention the effects that he uses on his vocals that do make them a bit more interesting.
But to return to this album, I think it might turn some fans off because it isn't as heavy as the band's previous releases. Don't get me wrong, this album is still made up of predominantly heavier tracks, songs like Indian Curse or For Nothing are calmer and more melancholic pieces that are probably more engaging than most of the heavier songs are. It's much more interesting, and entertaining, from my point of view to hear a band do something that they haven't done too much in the past before than hear them do the same thing over and over again. If you've heard OSI before, you know they can do prog-metal from the first album, which is arguably their most "traditional" prog-metal album, and we know they can be heavy based on Blood, but we haven't heard them keep a more melancholic mood throughout an album and put out just as many softer pieces as heavy on an album before either. I remember watching an interview with both Matheos and Moore where they had said something to the regard of this being the first OSI album that maintained a mood and atmosphere from start to finish, and I definitely agree with that. While it's not the sort of thing that is immediately apparent, by the time you get to the Enemy Prayer, track four, you will start to recognize a certain mood that has been carried over from the other tracks.
I thought it was a great album that really puts a lot of other so called "prog" albums to shame. Like I mentioned above, I thought the calmer and more somber atmosphere of this album was a big step up for the band and I can only hope they continue with this sort of consistency in the future. If you're a fan of more moody based progressive metal, or progressive metal in general, I don't see any reason why you wouldn't enjoy this album. Hopefully you'll give it a chance.
Overall Score: 8.5
Highlights: Cold Call, Big Chief II, Invisible Men
Posted by maskofgojira at 4:32 PM