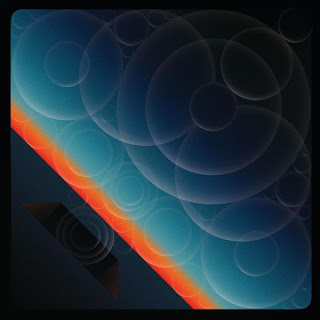 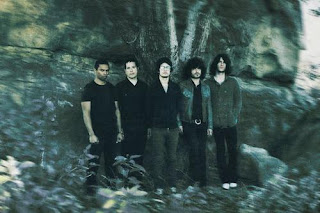 There was a point a couple of years ago when The Mars Volta was pretty much the only band I listened to. Back when The Bedlam In Goliath was released, I was introduced to the band and I was totally enamored with the elaborate and incredibly complex sound that The Mars Volta had introduced to me. Since then, the band has gone through numerous line-up changes and various albums that may or may not have been planned in place of this, but we have finally arrived at this sixth album.
I'm not really sure what to make of this album really. I heard in one review that the band called this their pop album, while in an interview with the band vocalist Cedric Bixler-Zavala called this the band's krautrock album, at least in spirit anyway, so I'm not completely sure which route the band were attempting to take on this album. From my point of view, I could see this record coming much closer to the krautrock idea than the pop one. The synthe and electronic oriented songwriting does lend itself more towards old-school krautrock groups though to say that the band haven't simplified their sound for this record would be lying because a lot of the songs on here are a lot more straightforward and direct than anything the band have put out on their last couple of records. These are certainly not the crazy post-hardcore by way of Latin jazz fusion freakouts that made the band known early on in their career. I know a lot of people got a little pissed off when the band claimed that 2009's Octahedron was their acoustic album and it turned out to just be the band streamlining their songs a bit more, retaining just as much distortion as previous recordings, but this is definitely the calmest record the band has churned out to date, at least to me anyway.
Though I know that the band's last two full-lengths weren't exactly as well received as their early records, I enjoyed the intensity and sheer aggression that The Bedlam In Goliath had and thought that most of the songs on Octahedron were some of the band's catchiest and most memorable tracks they had written up to that point. Maybe it's the fact that those records were the ones that really got me into the band, as oppose to their first three records, that I may enjoy those more so than other people have. I can understand the approach the band has taken on here, and I like krautrock, but I just don't see what a lot of people appear to have seen in this record. The more simplistic take on songwriting on here has certainly allowed the band to release one of the most unique releases in their discography (again), but where a lot of people have called most of these songs catchy or really memorable, I just found repetitive. Tracks like Dyslexicon and Lapochka were especially monotonous to me with their rather lackluster vocal hooks. Having said that, I thought that calmer and near ballad-ish Empty Vessels Make The Loudest Sound and the full-on krautrock embrace of In Absentia did stand out, in a good way, to me. I felt as though there was a good mix, in terms of diversity, throughout the album between more traditional songs and more experimental ventures (which I just so happened to enjoy a little bit more).
Granted, I might be simplifying the term freakout just a little bit when you take put it in context with the rest of the band's discography. Because there really aren't that many songs where the band break out into more jam based territory and just go off on long instrumental tangents, I feel that when they are used, it is sort of a freakout moment. I mean, the only tracks where the band recall some of their previous work can be found is on tracks like Molochwalker or Zed and Two Naughts where a lot of the band's more "rock" based influences emerge in full.
As an entire album, it's probably one of the easiest to digest, especially when listening in large chunks of it, which certainly does have its own appeal to it. While I enjoy the band's more eclectic and sort of berserker style more, even I will admit to enjoying a good portion of the songs on here. If you're new to the band or always wanted to try and get into them, I'd say that this would be a good place to start because it's not overtly in-your-face and is more song-based.
Overall Score: 7.5
Highlights: Aegis, In Absentia, Molochwalker
Posted by maskofgojira at 10:28 PM