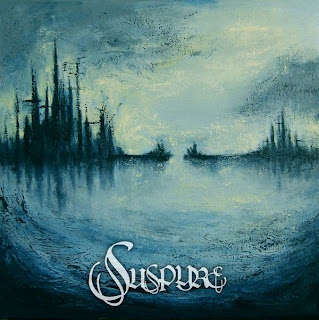 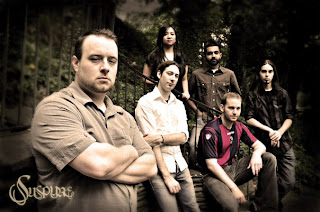 I've never claimed to be the biggest fan of what I guess could be considered "traditional" prog metal, so this review may seem a bit strange to some. Having been brought up listening to power, symphonic, and prog metal I guess I can consider myself lucky that I got a good education in that stuff early on so I've really been able to find some diamonds in the rough that still manage to intrigue myself. Suspyre is one of the few bands that I've kept from those days when all I listened to was power metal (not that they're really a power metal band).
As someone who grew up listening to prog-metal, I'd like to think that I know a thing or two about a good portion of bands that play within that genre. Having heard dozens of groups who sound like Dream Theater, I have to say that even though I am a Dream Theater fan, I do happen to prefer bands that are doing their own thing as oppose to simply ripping them off. Suspyre is obviously one of those bands that falls into that category. While there are obvious links to the likes of Dream Theater, as well as the likes of Symphony X and even old Fates Warning, there's still a much higher degree of originality that Suspyre have that allows them to stand out from their peers. In a sense, I'm almost more likely to compare Suspyre to a band like Green Carnation than any of the bands I just mentioned, at least for a couple of tracks on here.
Probably the most noticeable thing that made Suspyre stand out to me were their tendencies to break out into a more tech/math metal sort of section or just go into more of a fusion type of part at the drop of a hat. Sure, there's plenty of technical riffs and playing in the prog-metal world already, but it's rare that I hear bands from that scene embrace the likes of Meshuggah or Dillinger Escape Plan (I don't actually know if the band sites either as influences) in ways that make any sort of difference in their sound. In addition to that, they have the more symphonic aspect, which again isn't all that original an idea, but it's never overpowering or dominating the rest of the instrumentation and instead plays a more atmospheric role, most of the time anyway, and adds a more classy air to these songs. The fusion of these two ideas, along with a prog-metal backbone, naturally allows the band to sound a lot more interesting than a lot of their peers because they have the potential to just go into a freak out part that is more spastic while still retaining very melodic song structures. I actually didn't remember the band being as wild as this on previous albums, but listening back they have always had those moments in their songs. But, probably the song that sticks out on this album the most, perhaps surprisingly, is the short little Cancún, which sticks out like a sore thumb on here. I'm tempted to call this the "ballad" of the album, even though it's by no means a ballad, it just seems like the sort of song that would get lighters out when the band is playing live to me. Unlike it's more metallic counterparts, this short little track is actually more of a mix between neo-prog, barely, pop, and bossa-nova, but turns out to be so freaking catchy that I just couldn't help but listen to it on repeat pretty much for the entirety of yesterday.
I have to say that since my father is a fan of prog-metal, I've heard a lot of bands start adding death growls and screams into their music as of recently (within the last couple of years or so I mean), and I have to say that the growling used on Tranquility and Stress is one of the few times I actually thought that they were not only well used, but well performed as well. A lot of bands that add growling into their sound seem to either do it in a half-assed way so the growling sounds really lame and contrived, or they'll modify with effects or pitch-shift it lower to make it sound more brutal than it actually is. Trying to appeal to a wider audience is fine, but if you're going to add something like death growls into your style, don't do it in a way that makes it seem like you obviously don't want it in your songs. But to actually mention the vocals, since growls are actually only used on the one song mentioned above, once again, they stand out. They remind me, more in performance than tone, of Russell Allen of Symphony X, which is by no means a bad thing. There's a lot of variety in the vocals, ranging from more sultry and subdued to the more powerful and gruff screams, or yells.
I was extremely surprised by how much I enjoyed this, but I am glad I gave this album a chance. Even though it's not typically a style I tend to cover, there's always a diamond in the rough waiting to be found, like this one, that just stands out and shines even brighter than the stones surrounding them. If you're a fan of progressive metal, and any of its various splintered factions, I definitely recommend checking this album out.
Overall Score: 9
Highlights: Tranquility and Stress, Cancún, The Man Made of Stone
Posted by maskofgojira at 8:32 PM