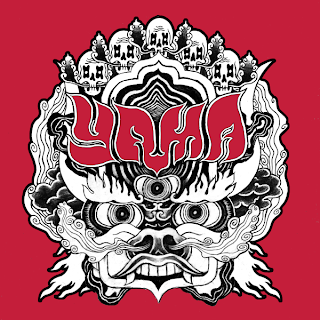 I don't claim to know a whole lot about stoner or southern metal, but I will say that I'm always shocked to find them out of the states. It just seems weird to me that a band from a place like the Netherlands would play in the vein of something that's called "southern." Nevertheless, I have to say that some of the best "southern" and stoner metal/rock I've heard in the last few years has come from outside of the US, so why should this one be any different.
The three songs that comprise this little EP were, much to my surprise, quite grabbing. While the standard traits are still there, blues-based guitar riffs, gruff vocals, and a driving rhythm section, there were a couple of things that stuck out to me, including, and not limited to, a harmonica solo. In addition to that, each track kind of blurs the line between southern/stoner rock and doom metal. Truth be known, the production of these songs is quite clean, which does hurt that natural grime that tends to be attatched to this style of metal, and while that might turn off a some listeners, there are quite a few little production tricks that might grab others. It's also very bass heavy, both guitars and bass I mean, and there doesn't appear to be a whole lot of high-end on here, which leads a lot of the leads to sound a bit flat in some cases, but doesn't really hurt the song in the long run, at least to me anyway.
In the end, I enjoyed this little release and the upcoming full-length, based on this EP, seems like it'll shape up to be a pretty strong release. It is quite a short release, it's just under twenty minutes, so even if you don't end up liking it, I still think it's worth looking into. I realize that stoner rock/metal isn't exactly everyone's cup of tea, but if you're at all a fan of slow and groovy metal, I don't see any reason why this wouldn't appeal to you.
Overall Score: 7
Highlights: Seaquake
Posted by maskofgojira at 8:39 PM