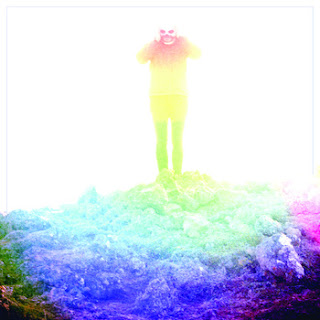 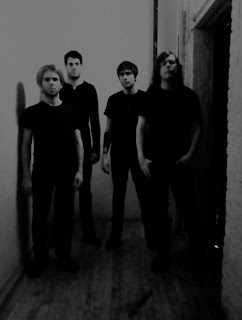 Since Alcest blew up and the whole blackgaze and post-black metal bands started rising to prominence the whole genre has really devolved into a joke. With each passing month is grows harder and harder for the sub-genre to maintain any sense of creditability as bands lose more and more creativity and individualism. So it was probably just as much a surprise to me as others when this band came along featuring the likes of Toby Driver (Kayo Dot among others) and Kevin Hufnagel (Dysrhythmia among others) in its ranks.
In order to call this a purely blackgaze record however, one would have to overlook many, many points of this album that separate it from the bands in that genre. Personally, I like the term "post-black metal" because like the term "progressive black metal" they overlap, and while many people like to make the argument that the "post" implies post-rock, in the past it had more to do with boundary pushing and influences that helped it expand out from black metal, another way of being progressive. One could just as easily label Enslaved or Sólstafir with those terms and it'd still work just as well when put on groups like Altar of Plagues or, in this case, Vaura. Blackgaze is a sub-sub-genre, maybe even more subs, but I wouldn't categorize Vaura as a blackgaze band when influences are far less obvious.
Is there post-rock in here? Yes. Is there Black Metal in here? Yes. But there is also progressive rock, ambient music, post-punk, among others that stand out within these eleven tracks as well. Probably the reason why the "post" tag is being thrown at this album is because of the big atmospheric qualities that are expressed on these songs. It's not overbearing, but it's one of the most obvious elements that a person will notice while listening to the album, or a single track even. I'm probably not going to help my cause by saying that when I first heard this album, it made me think of what might happen if Neige decided to form a band inspired by the likes of Krallice or Liturgy. It's beautiful and melodic, but features a harsh edge from the black metal side of things, which may scare of some potential listeners who might assume it to be closer to post-rock with vocals based on only a track or two. While I hesitate to say that most of this is calmer and more dreamy, it must be said that when it treads more into the blackened territory, the darkness emerges through the bass playing and really adds a new color to the sound, hear tracks like En/Soph or Obsidian Damascene Sun. It's the brightness of the melodies that allows those heavier, darker, moments to stand out much more than their peers. Plus, when was the last time you heard a "metal" band utilize the light more than the dark on an album, been a long time for myself (not even Alcest did that on their new album by the way).
In addition to what I've said above, there are a few qualities that stood out to me within the atmosphere that struck me. It might just be me, but there's a certain sort of heat that emanates from these songs when I listen to them. The atmosphere is very warm and bright and is quite malleable since it does creep into even the darkest parts of this album. The other quality that struck me is a someone romantic one, which wasn't as prominent but hit me on a couple of tracks where some of the melodies just felt a little longing, a little mournful, might be the bit of post-punk I hear that contributed to that, but I stand by my opinion. As my good friend Jon said in his review, it's elegant, and I'm more than inclined to agree with him. It was qualities like these that made me return to the album over and over again even though I had no idea at the time as to why.
Overall, I rather enjoyed it, a lot to love and a lot to enjoy about this album and I am most definitely impressed. It's not perfect, a couple tracks are less than stellar and don't stick out as much as others, but those are few and far between and the good outweighs the bad by a sizable margin. Definitely check out this album when you get the chance, it is a fantastic piece of work and will hopefully generate a good spark of energy within this blackgaze scene and show all these Alcest wannabes how to really do something interesting and emotional.
Overall Score: 8.5
Highlights: Obsidian Damascene Sun, Vanth, The Zahir
Posted by maskofgojira at 10:22 PM