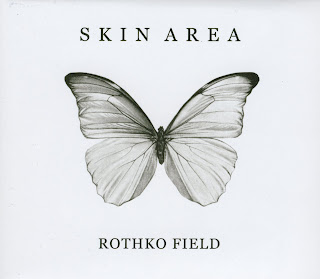 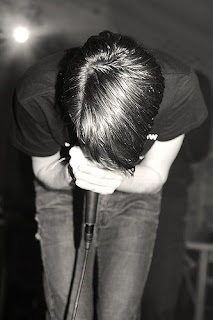 My awareness of the whole underground industrial scene has really broadened within the last couple of months thanks in part to the interesting releases by Malignant Records. Compared to the harsher albums I've heard from the label, I was informed that this album was a bit different from other albums the label has released as of recently and so I was quite intrigued. By the cover alone, I could tell that this was going to be an interesting album.
I have to say that as soon as this album began, I knew that I would have, at the very least, an interesting experience with this album. I'm not too sure if this is a concept album or not, but if it is, it sure is a messed up one. Opener Threshold is a short piece that definitely grabs the listener by the throat and pulls you extremely close by doing relatively very little. While that piece is the lure to draw you in further, the rest of the album manages to maintain a sound that, honestly, I actually didn't expect. No matter what my experiences with the records released by Malignant, they always had an unnerving atmosphere that stemmed from most of what I heard being rooted in very raw electronics, industrial, and noise sounds, this one, while it certainly has all of those things, feels much more sedated and brooding. It's not as intense a listen or nearly as disorienting and, thus actually made me listen to it probably a lot more. It felt less like a sonic bombardment and more cerebral and melancholic.
I read that the sound of this could be called drone rock, and I'd certainly agree with that because it is drone-y (obviously) but the use of percussion and low-end bass added this more "accessible side" to what otherwise could have simply been a minimalistic power electronics record. The use of electronics on here ranges from almost synthe-pop-esque (in the sound, not how it's used I should say) on Rothko Field, to more intense and "typical" power electronic-based noise, and that sort of variety does wonders for an album such as this. Having said that, like I said above, this is a pretty subdued record, so all of these electronics aren't overly aggressive and aren't really pushed into your face/ears like most projects tend to from this sub-genre. Going back to the concept idea that might be a part of this album, for those that don't already know, this album is sort of a mirror where the first four tracks are mirrored on the last four, with the track Void acting as the mirror between them, acting as a sort of gateway into the mirror (God, I used mirror a lot in that sentence). When it's written down here it probably looks/sounds like a rather pretentious idea, but it works out surprisingly well. The technique of mirroring the idea of a song allows that song to be turned on its head and expanded or contract that original idea into something hardly resembling the first idea.
Personally, if I had anything to complain about regarding this album it would boil down to the fact that I think it's a bit too long. There were a couple of sections that felt just a tad lengthy for my own taste. I really didn't think that Hypnagoga needed to go on for just over four minutes and I think could have easily been condense into around two, and then a solid minute or two, at most, could have maybe kept Dleif Okhtor a bit more engaging. In all honesty, saying that a couple of minutes could have been shaved off isn't that big a complaint, at least when it comes to this album, because the music and ideas are interesting and worth listening to repeatedly to hear the layers behind what you hear on first listen. It's a very minor gripe and I think the bulk of the album is more than enough to actually make up for it.
Personally, I really enjoyed this record as it took a very different approach to what the project has done in the past, and I think it really paid off. I haven't heard a whole lot off of the project's previous releases but I can say that I do prefer this more subdued sound that was taken on this album. Like the press release said, it's different, but I wound up liking probably because of that.
Overall Score: 8.5
Highlights: Rothko Field, Dleif Okhtor, Niks Eht Ni
Posted by maskofgojira at 11:10 PM