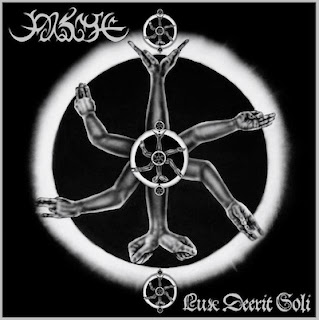 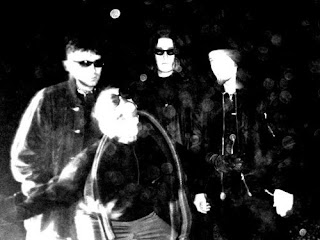 The line between funeral doom and drone metal is very fine. Anyone who's listened to the two genres even to a minimal degree could tell you that the two sub-genres could be mistaken for each other and do have a tendency to cross over within certain projects. Finding bands and projects that blur the lines between the two sub-genres has become increasingly easy, but finding groups that make anything worthy of listening to is much harder.
Scouring the internet in search for new doom bands, or even new drone bands for that matter, has become a journey that is much harder than I think one would first anticipate. Sure, every genre has it's bad sides with bands and projects that are just terrible and cringe-worthy, but trying to find bands that are interesting within these two genres is probably the hardest of any genre I've searched through to find something quality. You'll more likely have to sift through ten projects that are boring and monotonous in order to find one that is at all decent, if that. I really wouldn't recommend going on that journey in order to find new bands. I consider myself lucky to have found some really talented bands and projects within both genres, bands that are constantly doing interesting things and providing interesting ideas. Though I was sent this album, I had never heard of Malasangre before receiving this album.
The two tracks that make up this album are long and winding. If you're not a fan of long albums, let alone long tracks, I somehow doubt that you'll enjoy this album, but I should say that if you are a fan of drone music, doom metal, dark ambient music, and to an extent, post-rock influenced metal, there will certainly be moments that you'll find enjoyment in on here. Each track tops thirty minutes and moves through stints of crushing doom metal into more melancholic and atmospheric realms that are soft and calming. What may surprise you to know is that despite how long these tracks are, I rarely felt bored. Sure, there are certainly a few moments here and there that drag on for a little too long and could have been cut, but I was pleasantly surprised by how engaging this was. The heavy parts are extended and rather bulky while the calmer ones are, as I said above, melancholic, but the whole album is surrounded by this ominous and rather miasmic atmosphere. The entire disc just exudes this haze that is pretty engulfing, and at times, quite palpable. All of this is present in track one, Sa Ta, but it's track two, Na Ma, where the band fully realize all of their ideas. The riffs, the atmosphere, the dynamics, and the timing on this song is everything that should comprise a drone-doom song. I will admit that the length of the first track was pretty apparent whilst listening to it, but this one moves along at a pace that makes it just fly by. Everything about the track is top-notch and the band displays some of the best interplay (I'm not actually sure how this was recorded) I've heard this year, with every player just working off each other's presence so well.
Overall, despite its length, both tracks on here are solid and the final result is a pretty good album that is probably one of the best examples of drone-doom I've heard in quite a while. It's pretty hard to get worked up over a drone-doom album, but I found myself really excited while I was listening to this, if that's any indication of how above par I think this is. I realize that drone-doom is a pretty niche genre so obviously there isn't going to be a huge audience for this one, but for anyone who enjoys that genre, I do strongly urge you to check this album out. Let all other drone acts take notice, this is how it should be done.
Overall Score: 8
Highlights: Na Ma
Posted by maskofgojira at 9:18 PM