Here's something new I've been wanting to try for a little while. Instead of writing articles that will wind up being roughly the same in tone, I figured I might as well cover a couple of bands who are doing exciting things within the hardcore world all at once and give a brief summary of what I think about them. I know not giving each band their own article might seem lazy, but it's meant more to not make every post sound the exact same. I'd love to hear some feedback as to whether or not anyone thinks this sort of post works for the future. (Remember that the first two releases are EPs so their rated from 1-8, the last one is a demo so it's on a scale from 1-6) 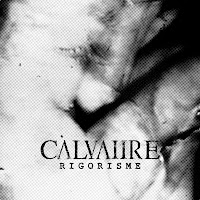 I should say first off that even before I listened to this, I had read some stuff around where people had basically called this band the French Converge. In my mind, that's not a bad thing, since I like Converge, and any band that treads a similar line stylistically to what they've done is at least worth looking into. The four tracks on this EP really do demonstrate that chaotic and visceral aggression that I, personally, love with Converge's music, and just grinds your face off in about nine minutes. The riffing tends to switch off between aggressive and spastic hardcore and weirder math rock kind of styles, I personally prefer the former, but the latter one is pretty interesting as well. My only real complaint about this is that the drums sometimes come off sounding a bit too plastic for my own taste, but if you can get past that, you're in for a punch-in-the-face sort of release.
Overall Score: 6
Highlights: Gratitude, Blut 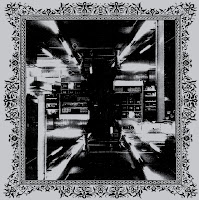 Ruined Families takes a different approach to the hardcore sound than Calvaiire though, with the vocals coming a lot closer to classic screamo or post-hardcore screams and yell. It's these vocals that sort of set it apart, most of the time, from a lot of the other hardcore that I've been listening to as of recently. On a musical level however, I'd say that these guys are the most diverse of the three bands here, with each of these four songs jumping around from typical hardcore punk to grindcore to near black metal and even post-rock, sometimes all within the course of a single track. Things are just constantly moving, in both style and speed, and don't really slow down for too long before speeding up again. It's rare that I find a hardcore group that's willing to branch off and experiment with their style so much, and that's a trait that I certainly don't take for granted.
Overall Score: 7
Highlights: You Will Become Like Your Father, Bedroom Nihilist 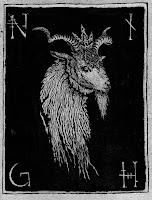 From the second I put this record on, there wasn't a dull moment. I'm not sure what I was expecting from it when I first decided to cover it, but this contains everything I want from a hardcore record. The three songs on here just move, there's no time wasted, even though the band make full use of various tempos. The energy is just palpable within this release and there were moments that just made me want to punch someone in the face or head butt someone (and that's a good thing) because of how passionate each musician felt while performing these songs. The production on here is really fitting to the band as well, the guitars are really thick and raw sounding, while the bass is nice and clear throughout the whole thing, the drums, which may be a bit too clicky, work well at providing multiple tempos within each song. Then you have the vocals, which just sound totally pissed, the way a good hardcore/punk vocalist should sound. In addition to that, it's just got riffs. Although I advocate a lot of things in music, at the core of that lies the urge to just listen to bands who can make me want to headbang, and all three tracks on here do that. I really just wish that this was longer.
Overall Score: 6
Highlights: Author of Strife
Posted by maskofgojira at 2:28 AM