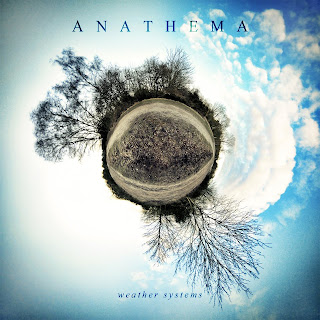 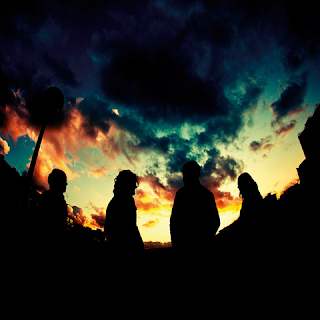 I'd really love to say that I'm a long time listener of Anathema, but unfortunately I remember getting into them around the time 2008's Hindsight was being released. Since then, I've become a huge fan of their more recent material and their last album, 2010's We're Here Because We're Here managed to make it into my top 15 of 2010. I really wasn't even aware that the band was in the process of writing a new album until they released a song from the album, and since then I've anxiously been awaiting this.
I'll just come out and say it that I found this album completely heartbreaking. I'm not one for saying such sentimental things when it comes to albums, but when an album connects with you on an emotional level, I do feel it's appropriate. From what I've read from others regarding this record, it seems to be fairly well liked, but I never expected this album to hit me as hard as it did. It's not even that this album is all that different from their last record, or that the songs, in and of themselves, are all that different, but the entirety of this release just made a connection in a way that not many records make with me. Probably the simplest way to describe how I feel about this is that it is this year's Ghost (the Devin Townsend album, my fav. album from last year) to me. The opening tracks Untouchable, parts one and two, were both incredibly powerful and moving tracks that, honestly, had me on the brink of tears during some moments.
But to talk more about the album, it is a bit less of a "rock" album than the band's last full-length, with a bit more focus on more moody atmospheres and bigger build-ups. There's a lot more focus on piano and acoustic guitars, perhaps more than on the last few releases, but it is certainly not an album that will get you headbanging or rocking out lake certain tracks on the band's last album. Throughout the album I heard a considerable amount of post-rock influence, with most of these songs emphasizing builds from more simplistic openings into huge sounding climaxes, something I am aware the band has been utilizing on their last few albums, but really comes out fully on here. I also think that there's a little bit of a krautrock vibe on The Storm Before The Calm, which I thought was really enjoyable. The mixture of these two sounds, along with the band's already established sound creates and album that at times almost recalls electronic music due to the repetition of some ideas and the constant increases in texture in a song. In that sense, I do think the band did a good job selecting the first track to release from the album, The Beginning and The End, because it is one of the most accessible tracks on the album and is pretty definitive of what you could expect from the rest of the album. I won't deny that there are a couple of moments on here that the band kind of reminded me of when the Deftones are more dreamy and atmospheric, but not in such a way that it takes away from the power of the given song.
The band and Christer-André Cederberg's production on the album really gives it a huge sound, once again, very comparable to their last release, but is a lot more balanced in my opinion. Where We're Here Because We're Here sounded very bright and reminded me of summer, this album is a bit more cooled down and is more like a spring sunset. It doesn't feel as "particular" as the last one did. From my point of view, this gives the songs a desperate and hopeful air, it's not as uplifting but is more powerful and hard-hitting, emotionally, instead. Though, having said that, there are still songs on here that are more upbeat than others, like I said, hopeful, and tracks like Lightning Song or Internal Landscapes really emphasize that side of the band with climaxes that are just inspiring. But you cannot underestimate the impact that the Cavanagh brothers and Lee Douglas' vocals have on the music. The dynamic between the three of them range from heartbreakingly mournful to simply exhilarating. Each track manages to provide something different whilst they all are connected in such a way that the album flows together so fluidly.
I don't expect others to feel the same way I do about this album, and somehow, despite how powerful I think this album is, I doubt that many others will find a similar connection. Before listening to it, I didn't even expect it to be as powerful as it proved to be, and I am glad that it is as incredible as it turned out to be. I still certainly urge you to check this album out, and it is without a doubt one of the best albums I have heard this year. It's a masterpiece that is not to be missed.
Overall Score: 9.5
Highlights: Every Track Is A Highlight
Posted by maskofgojira at 8:47 PM