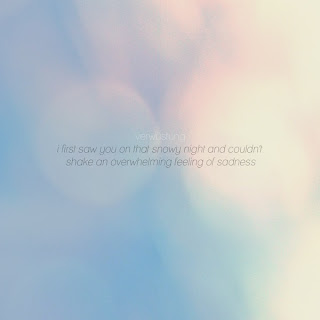 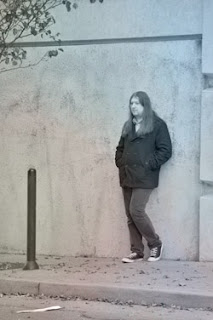 Chris M. Broyles is a very prolific young man (even though he's actually older than me), whether it be through his main medium of Airs or this project where he'll release something every once in a while, as well as some other projects which have come and gone along the way as well. Most of you probably know that Airs originally started out as a semi-black metal-ish sort of band before recently going into full-blown shoegaze, dream pop, and post-punk. This project is supposed to be Broyles black metal side, the more aggressive side, that was cast off from Airs on their "debut" recordings.
Last year's Gloomlights showed Airs at the height of the songwriting abilities at that point on the first disc; but the second disc was filled semi-droning black metal songs. Since the once Airs debut full-length was abandoned and later called the debut for this project, Airs had not really done much with black metal at all. I remember listening to that album and I felt that it was full of inconsistent material and ideas rather than songs. The first full-length When The Light Broke The Stars, Humanity Rejected Us was released a little while later and featured a much fuller and well developed sound with two epic pieces of droning blackgaze. While I can't say that I enjoyed that album all that much, there were certainly some decent ideas on it that have been used throughout the other releases that have lead the project up to this point. The second disc of Gloomlights came as a surprise because Airs had all but left black metal behind and the sound of those tracks was very unlike what the band had become and can now be seen as a precursor to the sound that this album would further develop upon.
When listening to this, don't come in expecting it to follow in the realms of anything Neige or his followers have been trying to do. In my opinion, this is much closer to what the duo in Njiqahdda have been doing in their side-project Oaks of Bethel. It's a sound that is very raw, but filled with a lot of ambiance and droning soundscapes that at times engulf everything else going on. In a sense, I'm not even sure I could call this release all that dreamy, as most projects within the whole blackgaze scene attempt to do; but that's not to say that it certainly doesn't have its fair share of beauty. A lot of the softer, post-rock sections of the album have a nice minimal quality to them that is sort of endearing. I know a lot of blackgaze projects tend to feature a raw and noisy production sound to them that can tend to ruin a good portion of them and defeat the purpose of the more beautiful clean guitar phrases, but this album actually benefits from the added noise. The entire production makes the album sound incredibly distant and enhances that droning aspect even further if only because of extended choices in notes. In addition to that, the entire album flows together and acts as a single piece (whether or not that's intentional or not I'm not sure). The more droning tracks, For The First Time, I Can Feel makes a nice transition into the more aggressive Spiral Paradox through the track Comasleep. It also works that none of the tracks on here are too long, even the epic twelve minute closer isn't all that long in comparison to the length of the tracks that project has put out in the past.
I think it's a solid piece of work that is definitely one of the better things I've heard come out of the blackgaze movement in a long time. It isn't super unique but it's definitely got heart and the ideas are certainly there and at the rate releases are coming out from this project, I expect that Broyles will craft his masterpiece with the project someday soon. I'm not sure if this will please every person who feels that the blackgaze scene "touches their emotions/souls" but I'm more inclined to listen to this over that drivel almost any day. Check it out if you want to hear something beautiful, aggressive, and droning.
Overall Score: 8
Highlights: Those Evenings We Spent Alone Staring Out The Window, When Our Hands Met
Posted by maskofgojira at 6:52 PM