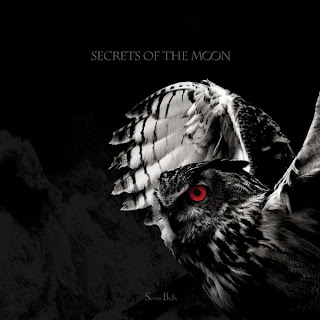 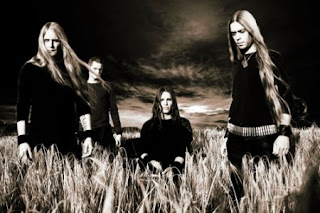 Up until 2009's Privilegivm, I was not aware of Secrets of The Moon despite loving more than my fair share of experimental black metal at that time. Since that time I've really grown into the band and have really enjoyed their sound, despite not really getting it upon my first discovery. I was quite excited for this album once I found out about it because it was being co-produced by Tom G. Warrior so that would certainly give this album a little bit of a different sound.
I feel that it is only fair to say to those who have not heard a lot of Secrets of The Moon before that if what you like in black metal is speed and blasting, you won't find that in this album or in a whole lot of the band's material either. A focus on atmosphere has lead the band to have songs that are more mid-tempo and that build tension as they go on instead of throttling you. Even when the band does have songs or sections of songs that are faster, they never really feel all that fast or intense, at least when you compare them to other groups. That has not changed with this album. On here, there is perhaps an even more of a focus on atmosphere than ever before, at least in my opinion, because the production feels so bare-bones and stripped down than some of their other work. Keep in mind that I'm not saying that this album is raw, because the production is still pretty clean sounding, but the atmosphere feels more like it's a result of the band members playing through the song and atmosphere being crafted through organic means of interplay rather than through additional synthe or guitar layers.
When listening to the album from start to finish, for myself anyway, the album definitely improved and got better as it went along. While the opening title-track is certainly a good song, it actually reminded me quite a bit of Celtic Frost, and Goathead is solid enough, they do feel rather slow going and stagnant compared to the tracks that follow them. They're not bad songs and I do anticipate others perhaps enjoying them more than some of the longer songs that close out the album, but to me they felt a little uninspired and like any number of groups could have written them. But, the five tracks that follow those initial two are really good. Serpent Messiah may be the most accessible track the band has ever written, with clean-ish vocals during chorus and a great use of dynamics throughout the entire piece that, in my opinion, covers more ground than the opening two do. Then you have Blood Into Wine which is an anthemic piece that is sure to do well in a live setting and will most likely become a fan favorite.
Then you have the last three songs (I do not plan to map out what every track sounds like by the way, for those who thought that was the way this review was going) move back into slower and sluggish tempos and bring back the atmosphere as the main focus. These are the tracks that demonstrate the band at their best (as of right now) because within these three tracks, the atmosphere is number one while the songs are always winding and shifting around ever so subtlety. I remember seeing the video for Nyx and thinking that the track was rather dull, all the while knowing they pretty much cut the track in half. While the track in video was interesting, but ultimately boring, the extended version is better (as it should be). The almost twelve minute version is an epic piece that is probably the slowest song on the album but builds from a somber, near doomy, track into a hypnotic piece that just draws you in ever so slowly and before you know it, the track is over. This is perhaps the hardest track to get into in my opinion, but is probably the most rewarding on the entire album.
Despite my feeling towards the first two tracks, I do feel like this is another step up for the band in terms of overall quality and in songwriting. Those two middle tracks are quite melodic and "catchy" enough for me to believe that they could cross over and bring in quite a few new fans to the band. Definitely check this album out if you're interested in a unique take on atmospheric black metal.
Overall Score: 9
Highlights: Serpent Messiah, Worship, Nyx
Posted by maskofgojira at 1:08 PM