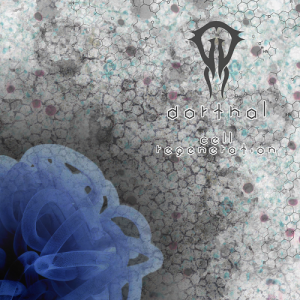 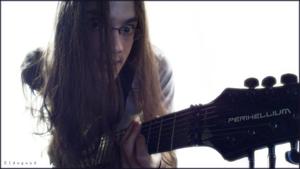 Apparently this is not Dorthal's debut release as I had first thought when I found the EP. When I looked into the project before writing this I was surprised that main man Clément Reviriego had released two EPs prior to this one. Both of those have actually been mastered by TesseracT's own Acle Kahney, giving it a bit of a mar key name.
Since the rise of djent in the last couple of years as well as the rise in popularity of instrumental groups, whether they happen to be Animals As Leaders or even a group like Explosions In The Sky, it's not hard to see why a lot of kids in their bedrooms would want to throw their hat into the circle and give a whirl at writing some songs. Like I said above, I hadn't heard any of Dorthal's previous EPs before listening to this one, so I came into this and was pleasantly surprised. I've heard more than my fair share of instrumental djent bands, and a lot of them are quite boring. In all honesty, listening to a band lay on a semi-odd timed groove for a couple minutes at a time just doesn't sound intriguing to me, especially when I know that they're basically just ripping off Periphery or TesseracT. Now, while I will say that when it comes to originality, Dorthal isn't an exception because if I didn't know better, I could almost call these six songs rough demos for future, or old, TesseracT songs. I don't mean that in a bad way, but there is a definite similarity in style between what is trying to be accomplished with this and what was found in Acle's band's debut full-length, but not as layered atmospherically. I've gone back and listened to the EP that was released before this one, eta-Earth, and it was definitely more along the lines of what I'd find much less intriguing, but the reason I even looked back was because I thought this release was actually really solid. I also think it's worth pointing out that the bass is very clear in the mix and is performed very well (as it should since Clément is a bassist), but it's just a nice touch that helps to make this stand apart even more so.
Like I've said numerous times throughout this review, I did enjoy this EP and I was very impressed with what it had to offer up. It isn't really breaking any new ground for the sub-genre of djent, but the songs are pretty short and concise while still getting an idea across in a way that makes an impression but doesn't overstay it's welcome. Definitely check out this release if you're into more ambient and atmosphere based instrumental djent.
Overall Score: 7.5
Highlights: Supra-Membrane, Membrane
Posted by maskofgojira at 11:59 PM