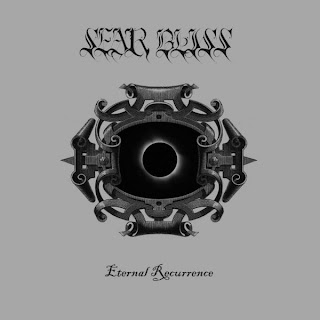 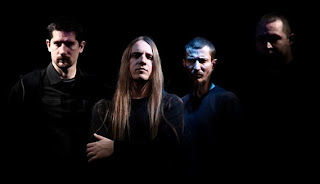 It's been five years since the last Sear Bliss album and what an apparent difference that makes. I think Sear Bliss was the first, or one of the first, groups I ever liked, and found out about, that was from Eastern Europe and that was after 2007's The Arcane Odyssey had already been out for at least a year, if not two. So, suffice to say that I was quite interested when I heard that the band was going to be releasing a new album.
The first time I listened to this album, I'll say right away that I was blown away. I was just balled over by how creative this entire album was and it made me do sort of a double-take and go, "Is this really Sear Bliss?" I have to say that I probably haven't listened to Sear Bliss in over a year, among many, many other bands, but I didn't remember them sounding quite this way. Having gone back and listened to some of their previous albums, I have to say that even if you were more familiar with the band than I am, you might still have a tough time telling if this was Sear Bliss (if it was playing and no one told you what this was anyway). If you listen to their last album, you could tell that the band was progressing into a more "abstract" form that was less reliant on black metal, but on here, there is very little in the way of actual black metal, and is actually closer to progressive, or even avant-garde, metal at times.
Now, I have to say that I have always had a tremendous amount of respect for Sear Bliss for being able to incorporate trumpets and trombones, among other horns, into their sound and not make it sound contrived or cheesy. The band have definitely had their moments of symphonic indulgences, especially when they were first getting started, but they've been able to craft a sound that is distinctly their own because of the experimentation with live brass instrumentation. I'm not the biggest fan of brass instruments, but for all the hype around bands bringing the sax (I know it's a woodwind) into metal, whether it be Yakuza, Ever Forthright, or Naked City, though that's probably stretching the metal term a bit too far, brass instrumentation has seldom been used, and used well is another story entirely. When the horns are used on here, they are, for the most part, done in ways that I'd call almost jazzy, or they're used to accent a certain part in a song, though there are a couple of more pompous symphonic bursts here and there that certainly recall a bit of John Williams' work on a couple tracks.
But the thing that really got me on this album was the songwriting and each player's performance. First off, a job well done on the bass work on here, it's very fluid and nimble throughout, always being audible in the mix but is never overpowering. I swear that if it's not a fretless bass, than the performance is so well done that it makes it sound as fluid as if it was. The guitars rarely tread into the realms of black metal tremolo picking and instead focus more on weirder riffs that are far more progressive than anything the band has done in the past, if A Lost Cause was played on an eight-string guitar it could be called a djent song in my opinion, and that's one of the more blackened songs on the album by the way. Then you have the drums, which are just stellar, manage to keep a nice amount of variety throughout the seven tracks by changing up the pace throughout a given track. Finally you have the vocals, which for some reason I remember being rather irritated by the last time I listened to Sear Bliss, somehow just took me completely by surprise on here. The clean vocals really struck me because I almost thought Ihsahn had been brought on to do them because it sounded very similar to his clean vocals, maybe a little bit lower in pitch, but there is a similarity between the two vocalists. I'm not sure how much of an influence Ihsahn's solo work has had on these guys but there's more than a few nods to a similar kind of aesthetic in these songs, and I applaud them for pulling off something unique while clearly having their own kind of vibe.
Anyway, I was really impressed and never expected an album like this to come from the band and I just love it. I'd love to hear the band progress further down this path in the future, and hopefully it doesn't take another five years for their next album to be released. Definitely check this album out if you want to hear some very interesting prog-ish black-ish metal that is just really good.
Overall Score: 9
Highlights: Ballad of The Shipwrecked, The New Era of Darkness
Posted by maskofgojira at 1:33 PM