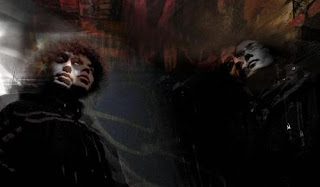 Haunted Shores is a tech metal band from New York City and Washington DC. Having released 2 EPs previous to this recording with different singers; new addition Chris Barretto, formerly of Periphery, was recently added to the group. Making the line-up Chris and Mark Holcomb, the other member who performs everything else.
The music on this EP from this groups side is different from their previous releases in the level of the performers being raised considerably. On Holcomb's end, the music is very thrashy and aggressive sounding, yet also very technical and melodic, remaining very interesting and catchy. Barretto's vocals are also quite well performed, with his screams sounding like Randy Blythe of Lamb of God, and his cleans being very melodic and high.
The first track, When In Oslo, is very much a technical thrash song, remaining constantly fast and aggressive. Chris' vocals are screamed for most of the song's duration, with cleans only emerging on the chorus. This track is overall very interesting and catchy without crossing the line into melodic death, still seeming to remain in the tech style.
The second track, Sentient Glow, is the better of the two tracks from this band's side. This track is very much, again within the same vain as the first, but features a bit more atmosphere and texturing. Chris' vocals also feature more cleans, the chorus being incredibly catchy and melodic and his screams more rhythmic sounding. This track has something that just makes it impossible to get out of your head, and is easily one of the best song on this split. 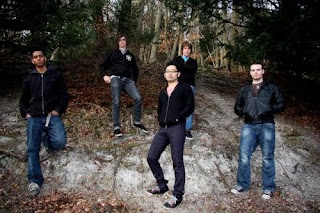 Cyclamen is another math/tech metal band from the UK. Having been formed originally as a one-man band, by guitarist/vocalist Hayato Imanishi, he has since expanded the project into a full band. This record follows in the style they have created for themselves in the past.
Cyclamen's style is very much in the vain of their main influence, SikTh. The music you'll find with this band is very chaotic and technical sounding, but often is also quite melodic at the same time. This is the more crazy of the two artists on this split.
The first track from this band, It's There, is very crazy to begin with, but soon after becomes very melodic. Very thrashy guitar solos are mixed with math-metal and almost In Flames-esque guitar harmonies. Imanishi's vocals reflect the influence of SikTh, remaining very throaty screams, while his cleans are quite soft sounding and bring a different atmosphere to the melodic parts.
The second track, Let Go, is a bit more straight-forward sounding, compared to the previous track's extreme verse section and it's melodic chorus, this track remains more mid-paced and groovy. The technical aspect is still here, but seems a bit more focused on a standard sounding groove rather than all out chaos. The elements of more post-metal influences, having Envy as another influence, being quite brooding and slower towards the end of the track.
Overall, this is a decent split EP with both bands releasing well crafted and technical songs. Fans of Periphery, Meshuggah, and SikTh will probably already know about these bands, but even if you haven't heard of them yet, you should still check them out. These two bands are both still up-and-coming, so check em' out.
Overall Score: 7.5
Highlights: Sentient Glow, Let Go
Posted by maskofgojira at 2:00 PM