Invisius - The Spawn of Condemnation 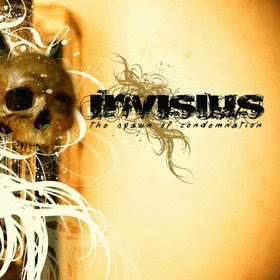 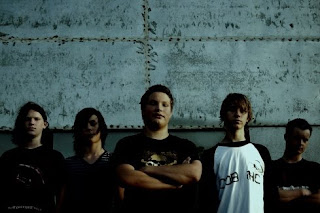 The How To Sound Good Rulebook, Vol.I.

Invisius is a melodic death metal band from Denmark. This is their debut record, taking elements of more modern sounding bands and actually making them sound decent. This band will not blow your mind if you're looking for something original and new, but is a good new band to come out within the genre.
The overall sound of the band could be a mix of Meshuggah, mid-period Soilwork, Machinehead, and old In Flames. The band are very melodic, yet use some different and groovy riffs, remaining very thrash sounding. Vocally, the band is more scream and growl oriented, keeping it old-school melo-death, and if you're worried about keys, they are used in the, as just said above, mid-Soilwork style, where it's mostly atmospheric and in the background.
Songs on here feature more traditional lead work, as opposed to breakdowns. The leads also reflect an overall kind of thrash vibe as well, without the band sounding like all these modern thrash bands coming out now, listen to As I Watched You Fall.
Solos are in almost every song on this album, which is a good thing, as these guys know how to play them. From more melodic and soulful soloing on Trample The Burning Past, to quicker and fast playing on Unleashed, these guys know how to play good solos. While these guys don't have the chops to craft and classic album, yet, they know how to write killer thrashy songs.
This band has quite a good sound for themselves, you probably know what's coming, as the bass is heard well throughout the album. While the bass' tone is not overpowering in the mix, it is clearly heard in tracks like Edge of Hostility and . Plus the bassist also provides clean vocals for the latter track, bringing yet another kind of Soilwork/In Flames vibe.
While the band stay good and true to a sound that is un-core-ish, there are still several parts that you could see scene kids going nuts for in the pit. The few sludge parts where the band move into a groove, could be seen as a breakdown to some, and in some cases is; but the band keep things in the more traditional, yet modern sounding melo-death. If you were expecting metal/deathcore, look elsewhere.
Overall, this is a decent modern sounding melo-death band and record. Fans who have been disappointed by recent bands butchering the legacy of the genre, this band really doesn't fail on that level.
Overall Score: 8
Highlights: As I Watched You Fall, Edge of Hostility, The Submission Encountered, What Quits It All, Trample The Burning Past
Posted by maskofgojira at 1:16 PM