Culted - Of Death and Ritual EP 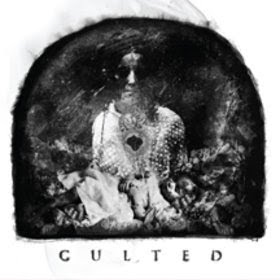 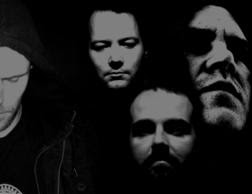 A Step Into A Dark Closet.

Culted is a blackened doom metal band from mainly Canada. Following in the footsteps of fellow blackened doom styles of Brown Jenkins, mixing slow and bludgeoning riffs with raw and ambient sounds. The occasional odd time signatures help as well.
While, as stated above, this band is located mainly from within Canada, or at least the main portion of the band is, vocalist Daniel Jansson comes from Sweden. Having long distances separate the main band from their vocalist, these compositions are all created mainly through email and file sharing. While this may not be the most ideal situation from creating music, this band create some of the best blackened doom to come out since the now defunct Brown Jenkins.
The opening track, Spirituosa, is a short introduction of sorts. This is a song, but it really retains a different stylistic approach towards it's vibe than the other, longer tracks; feeling more crammed and almost punk-like as opposed to claustrophobic slow riffs. The track is not overly impressive when compared to the other tracks on this EP or on the band's previously released debut record, but fits as a good introduction to the following track.
Black Cough, Black Coffin is the second track and is really the track that the band's sound is primly location within. This track is slow and morbid, twisting atmospheres around each other into a bleak sounding song. Every instrument is clearly heard within this track, which actually increases it's dark and oppressing feeling emanating from the track. Vocals on here are actually just as twisted sounding as the rest of the track is. While this track is just over 10 minutes, it never becomes boring or disenchanting, luring the listener in closer with every riff.
Dissent is the third track on this EP. Unlike the previous tracks, this one has a more traditional doom sound to it, bringing to mind old Black Sabbath or Candlemass, but much darker. In the later portions of the track though, it morphs into a very brooding and ambient part where Daniel's vocals just sound agonizingly painful and sorrowful.
The final track, Whore, is a Swans cover. This is easily the most straightforward and clear sounding song on this EP, not to say that this song is cleaner, but is much easier to understand. The track is very repetitive and simplistically structured, but features an almost industrialized Sabbath sound to the guitars.
Overall, a very impressive EP and one of the better bands to be performing this style today. Even if you're not a fan of bands like Brown Jenkins, who I know I've repeated multiple times in this review, or Velnias, I would still suggest you check this record out. If you dig this, don't forget to look up their debut.
Overall Score: 8
Highlights: Black Cough, Black Coffin, Dissent
Posted by maskofgojira at 5:03 PM