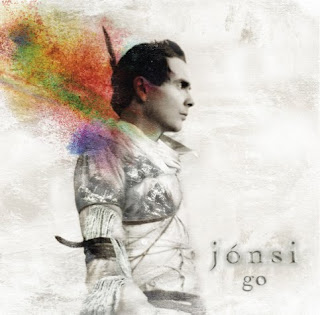 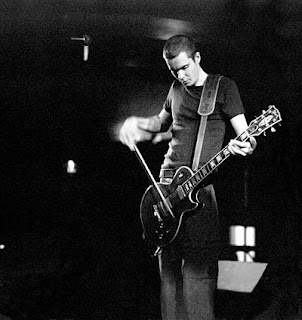 Jónsi is the Icelandic singer/guitarist of post-rock group Sigur Rós. This is his first official solo release, excluding the collaboration album he did with his boyfriend back in July of 2009, "Riceboy Sleeps." Fans of Sigur Rós will no doubt enjoy this release, as it has some of the same elements found within the band found within here as well.
For those unfamiliar with Jónsi's unique sounding voice, this might be a bit of a surprise. His voice is very high and delicate sounding, which perfectly fit his main band's sound of soft and textured songs over loud guitars and huge sounding vocals. His vocals are also very emotional sounding, which in itself brings another dimension into his music, in general.
The sound on here could best be described as a mix between baroque pop, minimalistic compositions, and post-rock. This sound does differ from the collaboration album he put out last year, in that that release was more based within the ambient music stylings. People have been saying that this record kind of mixes some of the more ambient soundscapes of Sigur Rós' earlier work with their last record's more poppy sound. While this is certainly an extension of those sounds, it also features a bit more actual pop sounds, but mainly in the way Jónsi's vocals were placed at the top of the mixes.
This album, as stated takes some of the pop elements from "Með suð í eyrum við spilum endalaust," Sigur Rós' last release and expands upon that idea of simpler and catchier songs. More upbeat songs like Animal Arithmetic feature very, very poppy soundscapes and ideas that create a more up-tempo, more up-beat feeling within some tracks. This sound juxtaposes some of the more atmospheric and sombre tracks like Tornado and Kolniður, which carry with them the stamp of minimalism and post-rock.
Classical composer Nico Muhly contributed to the creation and composition of the tracks on this album. Being a minimalism enthusiast, his contribution is easily noticeable upon even a first listen. The impact of cinimatic music is also very noticable, and is something Jónsi has stated that he will try and do live with this project. His arrangements in both acoustic and strings add so much to this album, even in comparison to some of his other work, this album is definitely some of his best compositional work, listen to tracks like Go Do or Sicking Friendship.
Overall, this record is very good, for a more "mainstream" artist. Being a solo release, it's sound is still very much in tune with his main band's sound and won't disappoint people who want to hear some new music from Sigur Rós. Although a bit more poppy than their sound, it still very much retains the overall same sort of vibe to it. Check this out if you maybe want to expand your horizons.
Overall Score: 7.5
Highlights: Go Do, Boy Lilikoi, Sinking Friendship, Around Us, Hengilás
Posted by maskofgojira at 4:30 PM