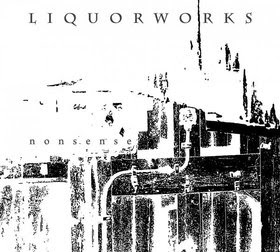 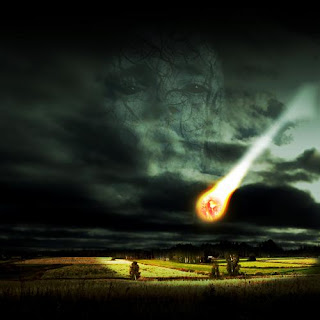 Another Progressive Album (With Only A Bit Of Wankery).

Liquorworks is a Finnish one-man instrumental progressive metal project started by Kosti Aho. Kosti has become quite popular on the Internet among Finnish fans, while newer fans keep coming into him. This is his second full-length release, demonstrating more progressive influences than his debut.
This record contains influences that can be traced to multiple different forms of music. While the progressive sound usually is eclectic anyways, this sound mixes the more poly-rhythmic style of Meshuggah, the metal side of Dream Theater, the complex riffs from Between The Buried and Me, and the more aggressive tendencies of death metal. These different influences blend in a way then Kosti's debut record, "Sinus."
The main sound of this record is metal, and features another djent styled guitar tone. The thicker sounding, Meshuggah tone is another sign of this being a more modern sounding metal band. Whether you like the newer breed of more technical metal or not, this is primarily what you could classify the sound on this record as, but maybe a little more diverse. As much as this record is progressive and technical, and djenty, it is still very melodic, nothing on here goes into hyper, mind-busting, crazy playing.
Even though there is enough metal on here to go around, the use of synthes is quite well used as well. Synthe is used both as atmospherics in the background, as well as more up front kind of melodies, Chemist utilizes both well. While the ambient pieces are pretty much left in the back, the more up front parts resemble a bit of more prog leanings, not so much the playing of them, but the vibe from them.
While this record is primarily a "metal" album, there is plenty of softer and more ambient sounding parts as well. These parts bring to mind a band like Periphery, but not as layered. While these quieter and more ambient sections play, the more metallic riffs are accompanying it. If you were not a fan of how Periphery did this style on their album, you might not like this either.
What probably makes this a bit different from your average instrumental metal group is that on here, even though the playing is great and technical, there are still songs. Songs like Deranged Organ of Intoxicated Organist or Conduct have parts that repeat for choruses, but still manage to explore different territories as well. This more structured approach to instrumental metal makes things a lot better to follow as well as easier to get into.
While this is an instrumental project, as well as album, the last track on here does feature vocals. Minions features vocals by Jouni Koskela, who has a bit of a cleaner hardcore shout style of singing. The occasional death growl is utilized in his vocals as well, but is not as prominent up front, mainly used as back-ups.
Overall, this is a good instrumental album full of good tracks. The songs on here are well arranged and performed. People who are looking for something melodic, yet technically well played, this would be something to look into hearing.
Overall Score: 8.5
Highlights: 616, Deranged Organ of Intoxicated Organist, Chains
Posted by maskofgojira at 11:01 AM