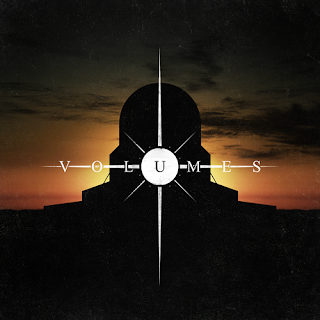 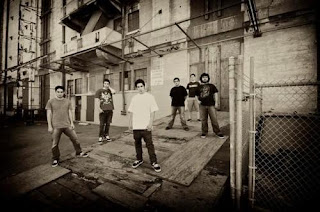 Just Gotta Turn It Up!

Volumes is a California based tech/djent metal band. This is their debut release, as the band was formed only in the early stages of 2009. Their bio states a diverse collection of influences, and while they all might not be present within their sound, their sound is rather diverse.
The band site influences from metal and hardcore to hip-hop and funk. Like most artists within the new surge of tech metal/djent wave, the influence of Meshuggah is undeniable. Another similarity that these guys might get is from SikTh, but these guys aren't as technical or spastic as they were. These guys also have a lot of a groove, similar to a deathcore without the terrible lyrics, look, and vocals.
Breakdowns are used often in this band, not to the extent that they become the only thing within a song though. A prime example of the band utilizing all their influences would best be found in Wormholes, where the breakdowns are decent and the solo is quick and clean sounding. The use of these breakdowns are, unfortunately used in similar ways to deathcore and metalcore bands.
Another thing that is also up and coming within newer metal bands is the use of two vocalists; and not one doing one style and the other doing another. Like a lot of bands coming out now, dual vocalists who both scream or shout, Volumes has, not to say that this is bad. Volumes has enough differentiation between the two singers to recognize one from the other. While one has more of a hardcore shout style, the other has a more guttural yell.
Volumes is smart enough to include some Periphery into their sound, by utilizing lead guitar parts that are melodic and clean. Juxtaposing all the heaviness that one guitar brings, the other brings a lot of melodic and atmospheric parts into the songs. The chorus of Starstruck is a good example, where an almost proggy part leads the song before the heavier, rhythm guitar comes in.
In the final 2 tracks of the EP, Intake and Gateways, the band finally exhibits a proggy and melodic influence, to a much higher degree of. While Intake is an actually song that is probably the most melodic on the record the latter is an interlude with soft guitars, mellow drum work, and a peaceful piano melody. These ideas aren't new concepts at all, but a better influence into the band's sound.
Overall, this is a decent example of a fusion of modern deathcore with modern tech metal. While not overly mind-blowing, it is a better example of what a lot of bands are probably going to be doing in the future. This band definitely has potential and skill and is worth checking out if you haven't already.
Overall Score: 7
Highlights: Wormholes, Starstruck, Intake
Posted by maskofgojira at 7:37 PM