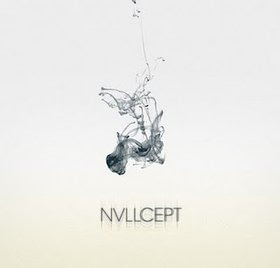 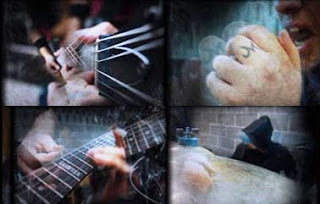 Down to The Grit of The Machinery.

Nvll is a tech metal band from Spain. Having been formed after the dissolution of the band Jihad, three of the members decided to form a new band with ex-Deafness singer. This new band was focused on the principal of creating extreme music with odd structures.
The band prides themselves by taking influence from bands like Meshuggah, Gojira, and Textures, all bands with odd structures and technical musicianship. The influence from these bands are actually not as prominent within the band's sound as one might think from a debut recording. There is still a definitive sound from each of these bands within this album, but they aren't so prominent that it overcomes the band's original sound.
The first track, Standard Cage, opens the album with a bang. This song has a very technical/progressive thrash vibe to it. The song itself is very groovy with some Dillenger Escape Plan-esque parts thrown in every once in a while. During the ending phases of the track, the band manage to throw in some odd sludge influenced sections, which is refreshing to hear in a newer band.
The second track is Humanity Lost. Right from the get-go, this track shows off some weird riffs, that are both groovy and odd. This song has a lot more of the stop-start riffs than the previous one did, but it also flows a lot better than the last one did. A section that lurked within the track containing more death metal-esque part and blast-beats really caught me off guard.
Isthmus of Insanity is the third track and is the most melodic up to this point. This track moves into some more subtle and quieter territory during some parts of the song. The more straight-forward riffing within this track is good to hear after the heavy duty grooves of the last two tracks. The mellower sections also bring some fresh air into this very big sounding band.
Dite, the fourth track on here, is the shortest song on the album; it is also the most atmospheric and textured of the tracks on here. Though feeling very open sounding, this track also feels very much like a punk song during some moments. Don't think that that stops the track from being any less groovy or technical, in fact, this track is down right progressive sounding, it just has a bit more simplistic riffing. The solo on here also reminisces of some older, more melodic influences.
The fifth track is titled Nameless. This track has some cool sounding tremolo picking on in, along with some fast double-bass work, giving it a bit of a black metal feel. The bass is played very well on this track, proving a groove the backs up the guitar when it's going mad.
The final track is called Army of The Poverty. This track is almost 9 minutes long, and justifies that length. The track starts off like a shotgun, just pounding, before moving into more melodic and proggy parts, that show a bit of an Opeth vibe, but just a bit. The bass work on this track really moves things along, from a more Gojira-esque part into a thrashy Nevermore style part. The only bad part about this song, is that it ends in 3 minutes of noise, not silence, but like guitar scratching.
The musicianship on this record is clearly good and each member knows how to play. Every instrument is heard, none being louder than they really should be; from the technical grooves from the guitars, the fascinating drum work, or the proggy bass play, these guys know what they're doing. Even the vocals, which have the same sort of bark as the band's these guys are influenced by, are quite dynamic within the band's sound.
Overall, this is a great sounding debut album. This is a band that people should take notice of, accomplishing quite a lot on only their first record, and having a sound that, while not completely original, is enough to sound fresh. Keep an eye on these guys to see what they do next, it should be good.
Overall Score: 9
Highlights: Humanity Lost, Dite, Army of The Poverty

Here's the download from the band's page:
http://www.nvll.es/nvllcept.html
Posted by maskofgojira at 11:01 PM