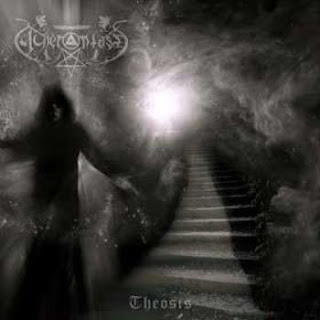 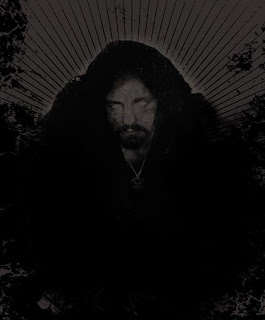 Sometimes The Glass Is Half Full.
Acherontas is a black metal band from Greece. Having gone through many member changes within only their 3 year existence, the band seems to have found a line-up for creating a unique album. Following in the footsteps of recent black metal bands moving into progressive territories and including other elements within their music, "Theosis" is an album that contains many different styles within the context of black metal.
The many member changes under the banner of Acherontas, they had other names previous to this where members changed as well, have made it so no original members are now in the band. That is not to say that these new members are not capable musicians, pulling off this album that has more than a few surprises for the average black metal kvlt fan. Though this album is not the catchiest black metal album, it is actually quite accessible when compared to some of the other bands that are doing similar things.
Though the sound on this album is fully black metal, as mentioned above, elements of other styles come into play as well. Obvious inclusions of ambient soundscapes, recalling a bit of a Burzum-esque vibe, while the riffs contain a mix of more melodic and straightforward black metal, in Pestilence of Mortality some sections even recall early Mayhem. Other stylistic inclusions appear to be the obvious progressive elements, like the blues-esque solo on The Winged Skull Rissing, symphonic elements, but used in a way similar to the avant-garde neo-classical stylings of Pensées Nocturnes rather than Dimmu Borgir, but that's only on the opener.
While one wouldn't say that this album really behaves like a regular black metal album, though not every band can be like Dark Funeral, would be an understatement. Most of this album carries on at a mid-paced speed, never moving into a full blast-beat fest; though there are still blast-beats. The occasional mellow and cleaner guitar part helps as well, listen to Legacy of Tiamat. Even during the ambient prayer, Dreams of Adam Kadmon, the band manage to not sound all that cliche.
It is perhaps the cleaner and acoustic guitar moments that impress over the blackened metal parts. Sections within Conjuration of The Five Negatives and Legacy of Tiamat show an almost link towards a band like Opeth, but vaguely. While many will probably find these moments distracting from the more atmospheric black metal moments, they definitely give the band a little bit more than the average newer band doing black metal.
Overall, this record has surprised me by it's diversity and creativity. While not moving into new territory compared to other bands, they provide a bit of a different take on progressive black metal. If you're into bands like Enslaved or bands of that nature, you'll probably like this record as well.
Overall Score: 8
Highlights: Pestilence of Mortality, The Winged Skull Rissing, Legacy of Tiamat, Theosis, Finis Coronat
Posted by maskofgojira at 5:33 PM