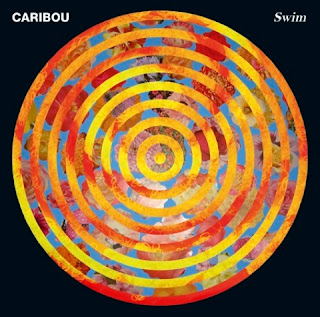 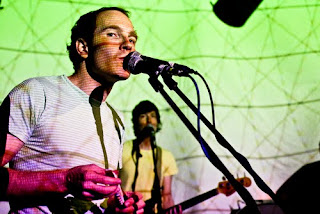 Just Another Animal You Couldn't Catch.

Caribou is the electronic project by Canadian artist Dan Snaith. This album is to bring elements of psychedelia and new wave elements together along with some dance beats and traces of disco. This new album also comes with some more heady elements than his previous releases.
Throughout this album, a dancey beat is always consistent and present, which probably appeals to people who listen to more mainstream dance music. The psychedelic and more ambient textures added into this album, though, are what make this more appealing to a first-time listener or Caribou, right here. This album also makes use of mainstream beats within it's frame, think hip-hop or disco, hear Sun.
Dan's vocals are present in this album's songs as well, it's not instrumental. His vocals are usually processed and/or whispered, probably for dream-like effects. Whether or not these vocals add to the very hazy psychedelic experience that this albums brings is all dependant on the listener. His vocals actually seem to sound a bit like Josh Homme's, of Queens of The Stone Age.
The final track on this album, Jamelia, features guest vocals by Luke Lalonde of the indie band Born Ruffians. The track itself is a bit more heady than the rest of the album really made itself out to be, yet, is still fairly catchy enough to be on the radio. This track really moves through more symphonic textures into more trance based and dance beats as the track progresses.
The occasional more acoustic based instrument, whether sampled or not, does appear, like in Found Out or Bowls. In fact, these sort of more simplistic instruments, once again, sampled or not, really fit the mood of some of these more sombre tracks. These instruments just add a little bit of something more to the music that it doesn't have on it's own without them.
Overall, this is a more mainstream type of album that I could see doing fairly well. The pop and accessibility just seems a little too processed for me. This could go either way, I'm not really digging it, but I'm not hating it.
Overall Score: 5
Highlights: Odessa, Kaili, Bowls, Leave House, Hannibal
Posted by maskofgojira at 3:23 PM