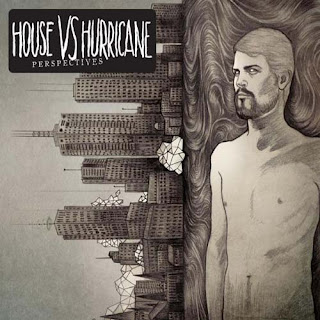 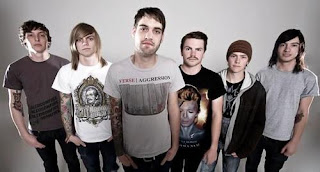 The Sir Mix-A-Lot of Metalcore.

House vs. Hurricane is a progressive metalcore band from Melbourne. Siting influences from Poison The Well to Bjork to Circa Survive to Herbie Hancock, makes this band more diverse than the average metalcore band. But having diverse influences doesn't stop them from being a metalcore band.
The diverse collection of sounds and influences do make this album more entertaining than the average breakdown-chug-chug band, see all metalcore bands circa 2003. This band, as stated, is still very much a metalcore band, there are breakdowns found in almost every song. You will also find the super melodic guitar parts that make up a chorus section for a track as well.
But since this band is list as "progressive," they do have parts that make them stand out. The keyboards are in the vain of most metalcore bands now, that are adding elements of electronica and techno into the sound, but those are just a brief statement before getting to the prog part. The guitars are the section of the band that tend to make this band more technical or progressive than say Attack Attack. Guitar patterns have a bit of that newer and modern tech metal wankery that you'd find in bands like Periphery, but not quite as frequently used.
Song structures, from what I've heard, are not standard verse-chorus-verse-chorus with breakdowns thrown in randomly. Once again, breakdowns are periodically found within every song, but they don't make up the entire structure. In a song like So They Say, a structure is actually very well put together, with an actual progressive sound, when compared to other songs like Leaps & Bounds. Luckily, if you don't like some tracks, they're short enough that they're usually under 4 minutes.
Vocalists, main screamer Chris Dicker, sounds like you're typical metalcore screamer, using mainly a mid-range monotone scream. Guitarist/vocalist Ryan McLerie and bassist/vocalist Adam Meyers provide the average clean vocals for the band in a fairly usual tone. Screams dominate the album's vocal style, with cleans coming in during certain parts of the song.
While most of these songs are fairly typically metalcore heavy, the band does throw in a mellow melodic part within some of the later tracks, hear Complexing The Simple. You won't find a jazz section or experiment part though, so tough luck if you were expecting more Herbie or Bjork influence, it's mostly the keyboards and song structures that make up the experimental portion of the band's sound. The final 3 tracks seem to make up one longer track, with each track leading into the next; somewhat of a progressive idea, but the second track, II: Softlight, is actually pretty proggy compared to the rest of the album.
Overall, not that impressive, but this band has their moments, check the later half of the album. If you're a person whose really into metalcore, this is probably going to be the band that will get you into some more progressive music, and will probably be the band you think is the most progressive band in the world. Decent for what it is, some good parts, metalcore with experimentation; at least they're trying to be different.
Overall Score: 6
Highlights: Lessons Learnt, Experiences, So They Say, Orphan, Positively Shifted, III: Nevermore
Posted by maskofgojira at 6:13 PM