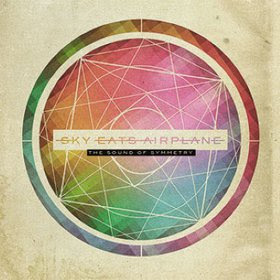 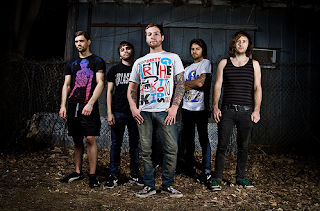 Didn't Someone Else Write Dead On The Dance Floor?

Sky Eats Airplane is an electronic metalcore band from Texas. Over the course of their relatively short career so far, they have endured multiple line-up changes to the point where only one original member remains in the band. While these guys may not be the most metal band to emerge in recent years, they are doing something that defies the norm a bit and mix it up.
As was just stated above, only one original member remains in SEA, that person being guitarist/programmer Lee Duck. While lead guitarist Zack Ordway has been in the band since 2007, every other member has been replaced in 2009. New drummer, Travis Orbin came from Periphery, and while the band had originally set out to find a vocalist, they wound up finding two. The first and main vocalist being Bryan Zimmerman and the second also doubling on bass being Elliot Coleman.
This EP was mainly released to demonstrate the abilities of the newest additions to the band. The band. While the band retains a similar sound to their previous two albums, each track on here demonstrates something a bit different from the other. Whether the band exhibits more melodic styles or more technical playing, they try to do them all without overpowering the other.
Opener, The Contour, is fairly heavy and relies a lot of the elements from electronica that they've use in their other work, for melody. The guitars and drumming show a newer technical playing style, while vocalists sing their hearts out, but still don't manage to sound original. This track hopefully demonstrates where the band goes on their next record.
The second track, and the title-track, Sound of Symmetry, as stated above, showcases the band's more metal leanings. The guitars demonstrate some technical playing similar to a couple of songs from their previous album, moving from technical metalcore verses into a more melodic chorus. For a band as "mainstream" sounding or known as this one, they actually manage to be quite proficient in their playing, moving from poly rhythmic sections into melodic parts fluidly, but that was already mentioned above as well.
The final track is Motion Sickness.begins like an ambient dance track. While it begins like a ballad, it slowly builds into an almost power-ballad vibe. This track builds, gradually getting a little bit heavier, and while dominated for the most part by clean vocals.
Overall, this is not a gigantic leap forward for the band in terms of sound, but shows what people can look forward to on their next record. The band has definitely increased the technicality of their songs, possibly thanks to Periphery drummer Travis Orbin, and it really makes them stand out from a lot of newer metalcore bands that mix electronica in their sound now. If you like this band already, check this out, but otherwise, try one of their other records.
Overall Score: 6
Highlight: The Contour, Sound of Symmetry
Posted by maskofgojira at 8:52 PM