Energoblock - I Saw The World In Ashes... 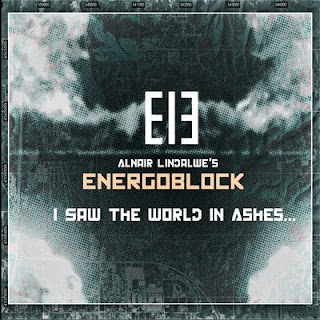 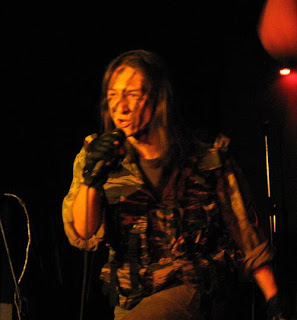 Energoblock is a Russian trance/industrial project created by Alnair Lindalwe. The project combines heavy electronics with samples and themes of Soviet history. This leads to themes of nuclear power, science and industry, and war secrets emerging into the music.
In this album, you'll hear a plethora of different musical stylings. Obvious traces of industrial music is found within the heavier and guitar oriented parts of the music, while ambient, trance, and electronica also are quite obvious within here as well. The music is very much oriented to dance to as well as to headbang to, making it quite multifaceted, but these things are also mixed together very well.
As this is mainly instrumental, unless you usually listen to electronic music anyway, this might be a bit of a shift for you to listen to at first. The use of ever increasing textures and martial industrialism being mixed with dance based club beats and a more upbeat nature could prove a tough hill to climb up if this is not your typical music of choice. There is more than your fair share of darkness within the album, but the overall feel is something that a normal person could probably listen to more easily than a harsh industrial noise record.
The use of conflicting melodies could also prove difficult to a causal listener. While the trace based beats carry with them their own melody and flow, or rhythmic patterns, melodies are scattered and overlap throughout each song, like in Militant, where a melody proves to be be more subtle in the beginning, where at the end it is at the top of the sound. Guitars in here mainly play a smaller role of proving either heaviness or smaller rhythmic patterns, melodies more often played by synthes and keys.
Familiar, more often heard in electronic/trance music, melodies will appear throughout some of the tracks, like in Our New Home and Designation Dance. These melodies are also what could make this more appealing to mainstream listeners, but could also turn off those who are looking for something a bit more abstract sounding.
While it is fair to say that most of these tracks are pleasant sounding enough to where normal people could listen to them, there stands only one track on here that differs itself from that idea. Until The Rising Sun mixes more martial industrialism, harsh noise, and trace beats together into a very noisy track. This track also experiences the most amount of repetition on the album. Despite all of this, it seems to have the same sort of vibe as the one on Nine Inch Nails' "Broken EP," the darkness and somewhat aggressive sounding electronic elements are all present in this song, maybe more so than the others on the album.
Overall, this is an interesting listen for one not accustomed to industrial trance music. The mixtures is quite original sounding and yet doesn't sound brand new. This would be a good album to start with if you wanted to venture into more electronic based music.
Overall Score: 7
Highlights: I Saw The World In Ashes, Forbidden Memories, Refuse, Our New Home, Until The Rising Sun
Posted by maskofgojira at 2:30 PM