Nae'blis - Confusion and Apathy - In The Fog of A Surreal Daydream 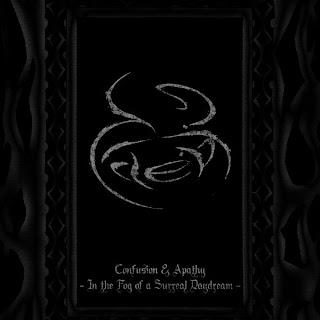 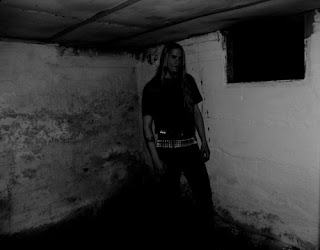 Nae'blis is a Swedish one-man atmospheric black metal project founded by Magnus Wohlfart. This project has always exhibited black metal that rivaled in caliber to the greats of the genre including Xasthur or Leviathan. This new album takes all that was on his previous two full-length and experiments further than many would probably ever dare to do.
This new album takes a left turn from where the last Nae'blis album, "Sketches of Reality," was. That album contains plenty of black metal parts mixed with some more, almost progressive, touches of piano and acoustic guitar moments. This album takes those two progressive ideas, and throws away the black metal part of the sound. What you have here is an album full of ambient, acoustic, and industrial ideas with a black metal aspect of playing them.
This album experiments a lot more than one would have anticipated after listening to Nae'blis' previous outputs. Opening track I, features a mix between industrial, trip-hop, and dark ambient music with Magnus narrating over it. This differs immensely from the experimental tinges that were on the previous record.
Most of this record features piano and electronic beats with the occasional guitar riff or acoustic guitar part. This brings a very different kind of atmosphere to the album, rather than a depressing and self-loathing kind of nature, this album contains an almost uneasy and masochistic vibe to itself. While one vibe is not completely foreign from the other, the way they are presented differs vastly.
The use of acoustic guitar on this album is actually quite good. Magnus' playing of the acoustic really brings an almost folk influence into the tracks. While the only track to really feature an electric guitar is the opener, tracks like V or VII feature some excellent guitar work.
Due to the short length of many of these tracks, some could see them as either just filler for space or interludes. While this may not be the most engaging album that Magnus has ever been a part of, it certainly is worthy of at least one listen. Even if most of these tracks are short instrumentals, they have quite a bit more substance than most instrumental interludes do.
Overall, this record is very different from anything to come out from Nae'blis so far. While this will probably disappoint long time fans of his, this is sure to introduce his work to new people, and perhaps some of the old will come to like this in due time. Since this record is also not as up front with it's emotional content, the listener might have to actually perform multiple listens to uncover some of the darker aspects to these songs.
Overall Score: 8
Highlights: II, IV, VII, IX, X
Posted by maskofgojira at 5:46 PM