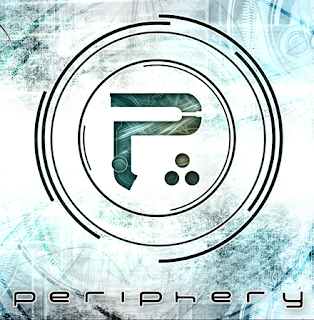 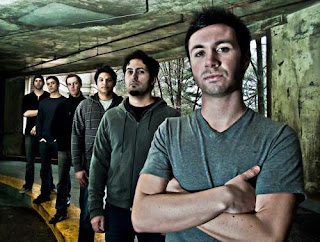 This Is The New Breed.

Periphery is a tech metal band from Maryland. This band formed under the newest guitar wizard to emerge from the Internet, Misha "Bulb" Mansoor. This debut record exhibits some of the most refreshing sounding progressive metal to emerge in recent years.
The sound of Periphery's brand of tech metal/djent, was best described as a mix between Meshuggah technicality and Soilwork melody. Both those things are found in spades on this record, melody and progressive playing ability. On here you will find both ambient sounding mellow sections as well as stop-start Meshuggah djent parts, which is pretty much the basis of the style.
Periphery contains three guitarist who all showcase great playing skills. While the main-brain and main writer in this band is Misha, fellow guitarist Alex Bois and Jake Bowen are no slouches on their strings either. Pulling off amazing sounding technical riffs, that would sound just as comfortable in a sped-up Dream Theater as much as they would in a Dillinger Escape Plan song.
Drummer Matt Halpern also demonstrates great skills on his own instrument. Keeping up with all three guitars and bass is tough just to imagine, but when all four have an equal part in a sound like Periphery's, it's mind blowing. His drumming borders on spastic on occasion, seeming to just keep everything from jumbling into a mass of technical riffs. The electronic percussion is added to also bring a new element into even drumming, which is a bit different, and bring to mind a vibe a kin to Animals As Leaders, on a track like Jetpacks Was Yes!.
It is also worth mentioning that bassist Tom Murphy is also an exceptional player, bringing the low end, but also some little flairs that stick out, like what could possibly bass slaps on Letter Experiment. His playing is not limited to being in the background as a faceless man, but is pretty clearly heard in every song. While he is not the standout player on this record, he is a great player non the less.
The newest member of the band, and probably the one people are the most curious about on this album, is vocalist Spencer Sotelo. His vocals are equally as great as every other member of the band. His screams aren't so much guttural, but throat shredding while his cleans are melodic and precise on key. For all those who would ever imagine this to be some sort of band the uses cleans only for choruses, they would be mistaken; many if not a good 50% or more of this record is done with clean vocals.
Songs demonstrate your typical djent technical riffs, but also more melody than most bands coming out in this genre. While two of the three guitarist usually provide the groove, another might perform a lead, solo, or some ambient parts behind the others. This record is actually very cohesive sounding despite everything that goes on in a song, with no song really sticking out like a sore thumb as a bad track. While tracks like Icarus Lives! or Light tend to be ones that most who've heard Periphery have heard, every track lives up to those two.
The final, and probably the best track, on this album is Racecar. This track is a whopping 15 minutes long and every last bit of it is music, no empty spaces filled to gap between a short track and some sounds at the end, this is pure djent. I won't spoil this track with a bunch of filler space, but let me sum it up by saying that all progressive metal heads, from Dream Theater to Meshuggah to Opeth to Dillinger Escape Plan, will all find this song to be a modern progressive epic.
Overall, there isn't a whole lot that isn't good with this record, the whole thing being a stellar work of musicianship demonstrating a new level of technicality and melody. Mind blowing would be an understatement with this record, as my mind has been effectively destroyed by this record. This is sure to make others turn heads as well as a lot of bands want to copy this sound, as these guys are going to create a lot of waves in the metal community with this record. Check this record out.
Overall Score: 9.5
Highlights: Every Song Is A Highlight
Posted by maskofgojira at 10:35 PM