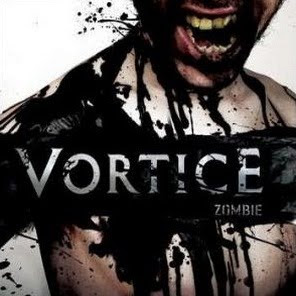 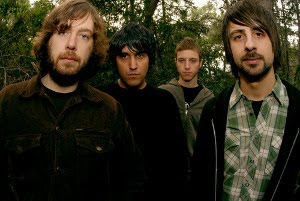 Vortice is a tech metal band from Barcelona. Taking influences from all the members previous bands as well as mixing in newer and more complex styles into the mix is the foundation that the band was founded on. This, their second full-length, expands upon the ideas the band set on their debut.
The band's sound takes elements from math metal, post-metal, and extreme metal and jumbles them all together. The obvious Meshuggah comparisons are undeniable within this band, it's hard not to notice them. But despite that, they band manage to put together a good collection of songs.
You can tell that these guys have, I know I've reference this before, and it's going to come up again, studied their Meshuggah records thoroughly. While a song like the opener, Filed Process harks to the sound of "Chaosphere", The Shame reeks of the oddness of "Obzen", and the title-track, Zombie, features those slower grooves of "Nothing". A lot about this record is kind of a tribute to that band, from the grooves to the vocals, to the leads played, they all seem like something from a Meshuggah cover band.
Most songs contain that math/tech metal vibe, oh so similar to Meshuggah, but the band manage to throw in some of those post-metal moments that change it up, even more than normally. You have your regular 4/4 time signatures thrown out the window on most tracks, and replaced with super weird grooves and technical patterns. The occasional melody does manage to seep into some songs, like in the title-track, Zombie. It's unfortunate that the only real experimentation with post-metal's mellow side comes out on the final track, The Uncertain Age, as an instrumental.
A stand out track on this album seems to be Blood Suckers. It might just be that the grooves seem a bit less Meshuggah than the others, or the fact the the drumming on this song kicks ass, but this song just stands out among the others. The vocalist uses variations upon his Kidman worshiping bark, and some post-metal melody comes out during the chorus.
Though not quite as original sounding as the above track, Redrum, has some kick-ass parts in it as well. The grooves in this song reminisce, but don't copy the aforementioned band, and are quite good sounding. The vocalist also makes use of more of a higher styled bark. The melody put in near the end of the song also does it justice.
Overall, this is not a bad record, but one that pays homage to a great band. As much as this is a decent album, it just seems too familiar to what you've already heard of the "other" band. The band would do better to experiment a bit more with crazy parts or mellower parts. But if you've been looking for a record to satisfy your Meshuggah fix until their new album, this should be what you want.
Overall Score: 5.5
Highlights: Zombie, Blood Suckers, The Dawn of The Dead, Redrum
Posted by maskofgojira at 7:25 PM