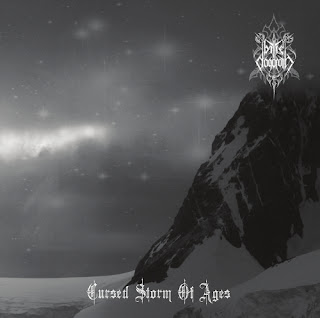 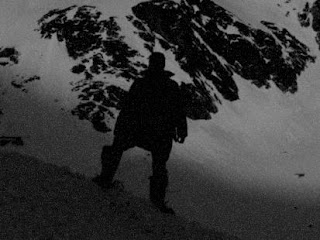 Several years back I was scrolling through a random metal magazine and one of those random adds that labels do to promote upcoming albums caught my eye. One of the reasons that ad caught my was because of the cover art of an album called Eternal Throne by a band called Battle Dagorath. I've been a fan ever since then.
When coming into an album like this one, for me, there is always some sort of an expectation that the album really has to have something that draws me in. Lunar Aurora, one of my favorite black metal groups of all time, for as much as I love them, even I have to admit that they gave birth to some rather average side-projects. While I certainly enjoyed the three albums from Trist (Ger) enough, I never was able to really get into the releases from Mortuus Infradaemoni, Funebris, or Nocternity. Though, funnily enough, Battle Dagorath definitely pursues the sound of Trist (Ger) more than any of the other bands, if I was only referencing those bands, I can't say that this band has found their sound yet. They definitely have a sound, but it isn't one that will stick out to you as being wholly unique to them. Their sound is very much indebted to the ideas that groups like Trist (Ger), Paysage d'Hiver, and Burzum, and while I certainly don't have any problem with that, I would have thought that by this band's third full-length, some progress would have been made towards reaching some sort of original sound. But for this album, the trio continue to go forth in the same sound that they've performed on their last two full-lengths and split.
Granted, I may love originality and uniqueness and quirky music, but I try not to be a snob. If a band does a style well enough, I can forgive originality and all the rest of the above stuff, and in the past I've certainly given this band the benefit of the doubt, and I probably would have loved to do so on here as well, but because this album just barely tops one hundred minutes in total, I have to be just a little more harsh on it. I love this sort of music as much as the next guy, but there is a time when it just gets to be too much. That mark was hit somewhere around the hour mark for me. Far be it from me to tell you how much ambient black metal is too much, but about an hour or so into this thing my attention just starts to waver and drift. For the first hour or so, I have to say that this is some well done and solidly crafted stuff. I do have to question the fact that every song that isn't straight-up ambient is over ten minutes though. If you've heard any of the band's I've mentioned positively in this review I don't think this will blow you away, but it is pretty good.
With all that being said, there are definitely moments on here that will grab you, or at least I hope they grab you like they grabbed me, because of how they stand out in the context of this album. In comparison with the rather tradition atmospheric black metal sounds that the majority of the album utilizes, Macrocosmic Haunting Vision takes an album post-black metal turn about half-way through that I found quite unexpected, meanwhile Awakened By The Spell of The Wind channels Summoning in several spots of rather "epic" inspired musical ques. I guess I just wish that the rest of the album really lived up to the standard of those tracks and delivered some more interesting and less bland material. I should say before finishing up though that the ambient tracks on here were actually quite well done. Unlike most bands who just tack on a shorter interlude, intro, or outro track within this sort of style, the several track that are done this way I think actually really fit in with the other songs quite well.
Like I said, for the majority of it's running time, I enjoyed this album quite a bit. I wish the band would focus a bit more on standing out from the crowd and perhaps craft an album that is a little bit shorter next time, but that's just me. If you dig dark ambient music or more ambient and atmospheric forms of black metal I think you'd be doing yourself a disservice by at least not listening to this thing once through at least some time during the year.
Overall Score: 7
Highlights: Cloud, Shadow, Earth & Flesh, Macrocosmic Haunting Vision, Interdimensional Passageway Between Worlds
Posted by maskofgojira at 6:37 AM