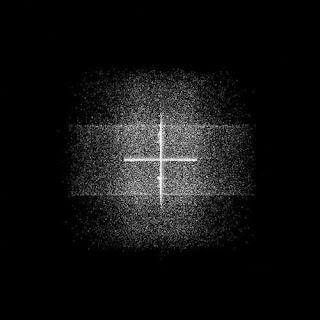 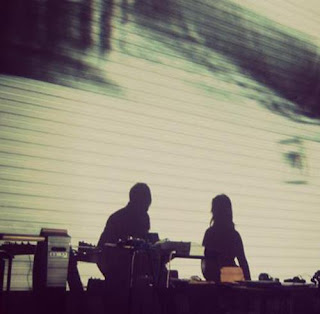 For some reason, before even listening to this album, I had fooled myself into believing that I had covered a release by Aun before. I searched through my old reviews and posts on other sites but found no record of it to be found. Finally I just gave up and let this record wash over me.
Now, the first thing that caught my attention on this record was that, in the case of ambient and drone music, having ten tracks on an album is quite long. Most albums of this sort are lucky to have even half of that amount, so that obviously leads to the thought that these tracks are shorter - and they are. The average track length on here is about five minutes long, which isn't bad considering what these guys manage to do in that short span of time. Unlike many other drone and ambient groups out there who use time to their advantage to cycle through a melody or rhythm in a given track, these guys take that and, as you'd expect, cycle through that in a much faster fashion. Speeding up in this case results in many of the tracks on here shifting out of a drone and/or ambient-esque sound and into more of a breezy, post-rock inflected (at times) kind of electronica. It's very minimal, obviously, but in a sense I think that's what makes it interesting. You have all the characteristics of these rather inaccessible genres and they're sped up to create something, which in my mind is, very accessible.
Some tracks move almost completely out of the realms of the aforementioned genres above, and could almost be mistaken for a completely different band by those not paying attention. While War Is Near is clearly an homage to the likes of Sigur Rós, meanwhile Vulcan is a total tribute to the likes of 70s synth odysseys and modern space ambient music. It's strangely diverse for a record of this sort, even if you consider this an electronic record, it still has various facets of its sound from the straight-up ambient and drone based pieces to space ambient to post-rock to minimal electronica. Despite all of that, the overarching sense of darkness on each and every track on here might still be enough to scare some people away. Not everyone mind you, but some people don't like the electronic music dark, though frankly, I doubt many of those people come and read these reviews I write.
I was thoroughly entertained through each listen with this album and never found myself bored with it. Chances are if you dig electronic music and you read this blog, you'll dig this, or at least a couple of tracks from it. If not, move on, but I think that regardless of what your tastes are, this did prove to be a nice break from all the metal, so hopefully that entices some of you to give this a listen as well.
Overall Score: 7.5
Highlights: Returna, War Is Near, La Luna
Posted by maskofgojira at 9:27 PM