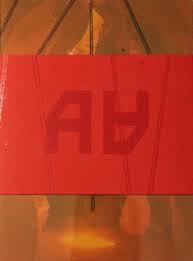 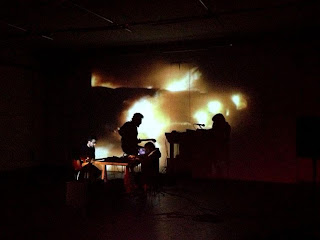 Back in 2011, I had my first experience with Architeuthis Rex and was really impressed with the album they put out, Urania. I haven't really kept tabs on the project too much since then until I was sent a copy of this release for coverage. While it wasn't at the top of my list, I was certainly going to cover this tape as soon as I could.
Since I don't get to listen to a whole lot of krautrock and synth based electronic music because this is a "metal" blog (whatever that means) when I finally took the opportunity to listen to this record in preparation for this review I tried to soak in every sound. The way Hades opens this thing up with watery synth lines and breathy vocals is just bizarre, but in a good way. It's unexpectedly engaging and hypnotic in it's subtle minimalism. It's quite a stark difference between the track that it leads into, the title-track, which is much more rhythmically driven and dense sounding. With it's main percussive beat being followed by a low-end bass line that contrasts against the vocals and addition synth used throughout the track, a constantly evolving track I should say. These are just the first two tracks and I was already hooked on where this tape was taking me. The tribal drums, the spacy and watery sounding synths, the whispered vocals, and the echo effects are just awesome. Yes, some of it is rather cheesy, I won't lie and say it isn't, it carries with it a touch of nostalgia from the late 70s and early 80s while infusing it with, in my opinion, a bit of an indie, home-recording, sort of a flair. That's not to say it's sounds retro or anything, but at least I got some sense of that older era of electronic music, where things were sampled and played/repeated in an almost robotic fashion in order to create a mood and hypnotize the listener. Granted, this tape does make use of distortion a lot more, maybe not a lot, but more than you'll hear on the typical minimal electronic/krautrock record.
Yes, I understand krautrock and synth based music isn't what people come here for, at least usually from what I can tell, it's certainly still worth covering. It's a fun record that I found quite lovely and easy to listen to and just keep on repeat. Fans of experimental music in general, no sub-genres for this, if you dig experimental music in general give this one a go.
Overall Score: 8
Highlights: Pomegranates, Triple Goddess
Posted by maskofgojira at 5:49 AM