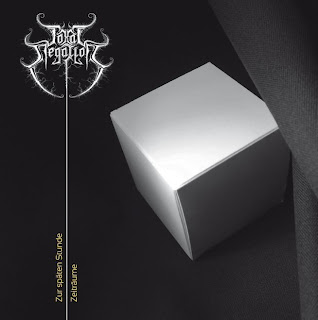 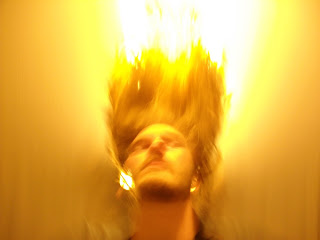 When I was going through my depressive black metal phase several years ago, I stumbled across Total Negation's first album Zeitenwende. The only reason I even checked it out in the first place was because mainman Wiedergaenger's involvement in a project called Through The Pain. It's needless to say that I listen to either of those albums in a long while.
Off hand I can't exactly recall much about Total Negation's first record, but what I can say is that it in no way rivaled what Wiedergaenger is doing on this new full-length. From what I can recall, that album was pretty much a standard depressive/suicidal black metal record. Nothing wrong with that, but it didn't particularly stick out among the dozens of other releases that were being put out around that same time period. I didn't even remember who this band was when I got the promo for it a couple of months ago (which is one of the reasons why it took me so long to finally cover it) but once I did I was actually quite surprised that it was the same band. Sure, there are some similarities between the two records, it is the same guy writing most of the material, but he's really stepped up his game in regards to this. Maybe he's been listening to more Deathspell Omega and other progressive-tinged bands because the gap from suicidal to progressive is one that very few bands have pulled off, Sweden's Shining being one of them. But their leap wasn't quite as abrupt. Their shift occurred over several records with various lengths of time in between them, this project has had four years between their last full-length and this one and, based solely on my interest level for this album, had definitely gone up in quality.
In terms of actually being progressive, the first half doesn't go out of its way to stand out. The initial burst on here is more to do with straightforward aggression and sorrow and anger and all that sort of stuff, so the songs are more direct. The "progressive" tone isn't as apparent, or at least it wasn't to me at first. It has more to do with effects and atmospheres that make this first half stand out more than the riffing or the vocals. To be honest, I wasn't too involved with this album on my first listen through until it got to Geist. Once that track hit, my ears immediately perked up and took notice of what was happening. The organ, the additional percussion tones, and the orchestral parts just grabbed me because the first four tracks maintained a more black metal or blackened doom tone and this track really departed from that. I had read one review where someone said this was like black metal meets jazz and throughout the first four tracks I kept wondering why someone would write that, but once this track opened I knew way. Along with that, the riffs also became slightly more adventurous for some reason as well. I just think it's crazy the way this album just threw me for a loop once the second half hit. Make no mistake, I enjoyed the first half plenty, but when you compare it to the last four tracks, you'll know why I'm so much more enthralled by them over the first four.
So while I may find the first four tracks just above average, the second half of this album really does some great and original stuff. It's quirky in a way that I really like, but not enough for me to see it turning off fans of normal progressive bands. Definitely take the chance to listen to this if you get the opportunity.
Overall Score: 8.5
Highlights: Geist, Zeit, Traum
Posted by maskofgojira at 11:31 AM