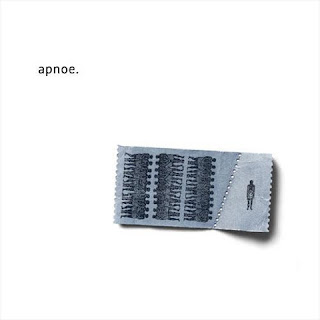 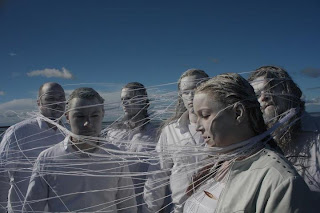 Todtgelichter really made an impact on me with their last album Angst. I heard that album very late into the year but loved it enough to put it within the top 20 albums of that year (in my top 50). So, even though this review is pretty late, I have been meaning to cover it for a long time and maybe some people haven't heard it yet.
As soon as I pressed play on this album I was surprised. The band that I really fell in love with on Angst has shifted their approach to a sound that is far more palpable to the average listener. Instead of progressive rock and post-rock tinged black metal, the sound of this record falls more in line with gothic rock and even alternative music to a certain extent. Yes, I'm drawing the whole gothic sound mainly from the female vocals used on here, but there is some actual gothic-tinged ideas used on here as well. There is far less aggression coming through on this album in a black metal form than any of the band's past releases and melody, clean vocals, and harmony have taken a bigger place than I expected. Granted, while all of these things definitely have come as a surprise, I for one am not averse to saying that the band don't pull off several of these tracks with aplomb. Though, not all of them to be honest.
At this album's best, we have tracks like Soil, which are extremely catchy and upbeat while retaining a sense of melancholia that the band make use of frequently in their work. At it's worst, tracks like alt-rock inspired Lights of Highways or Expectations just fall a bit flat on their deliveries. I'm not against the band attempting to expand their boarders and horizons, whether they succeed or fail I can respect the choice nonetheless, which is why I don't have too much of a problem with this record. It comes down to this album just not completely going the distance I guess. Some tracks feel like the band really just went for the experiment while during others it's like they were a bit afraid to leave their old sound behind. Once again, not a total fail, but something that can obviously be heard on a couple of tracks. I actually give the band credit for bringing on board an entirely new member for the clean vocals used on here. His style certainly is not one that I would have expected to have worked with the band's style, even if I had known about the direction shift on this record. The screamed and growled vocals, sure they work, female singing, sure - not really my cup of tea but they worked on the last album, clean male vocals that sound like a good radio rock singer, no way. But they work. They work really well actually.
I guess the part of this record I'm disappointed with is simply the simplicity with which the instrumental sections are delivered. Once again, they're not bad, but from a band whose last record was filled with interesting riffs and dynamic shifts, this just feels rather bland. The majority of guitar riffs on here are typical metal riffs that, I feel, most metal bands could come up with rather easier. I get it, the focus for this record was on the vocals and the music is meant to back them up, but it just feels sort of depressing when I know that the band can do so much better. There's some nice synth and keyboard work on here that help to enhance the mood, but the drumming and guitar work could have been a lot more interesting, even when working with more straightforward influences.
So, while I wasn't blown away by it as I was with the band's last full-length, this is a nice glimpse into where the band apparently want to take their sound in the future. Like I said above, I certainly did not expect the band to go into this sort of a direction but they manage to work with these changes quite well and quite convincingly. They just have to tighten up these screws before we get another masterwork.
Overall Score: 8
Highlights: Beyond Silence, Soil, Odem
Posted by maskofgojira at 1:53 PM