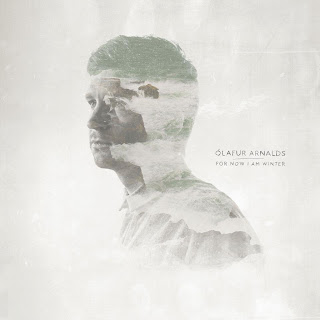 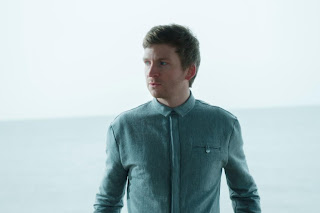 For anyone who has looked at my end of the year lists since this blog has started, you will see that the releases of a man named Ólafur Arnalds have been present on them. Since first finding out about his music, I have become a huge fan and each of his releases has impressed me. When I found out he would be releasing a new album this year, you could've bet money that it would be reviewed here (even if it was during a period when I wasn't reviewing so much).
What Arnalds does so well, in my opinion, is that he is able to craft moving pieces of music that don't so much focus on his piano playing as much as his orchestrations. If you listen back to any of his releases you'll notice that his style of playing is relatively minimal in comparison to many others who come at this sort of style. There are numerous people who perform piano concerts with orchestrations and whatnot, but the pianist is always at the forefront. The audience has come to see him/her and the orchestrations surrounding them are still guided by the piano, that is not the case with Arnalds. His compositions have always come first, hell, there are tracks where you might not even hear his piano playing on them. In addition to that, he's always had a penchant for making use of electronics in ways that I always found quite unique. They were never used to make a song danceable or more accessible, but only added to the atmosphere. The combination of these things always made me view his music as cinematic.
This new album certainly is a bit of a departure away from some of the ideas that I found so breathtaking from his last couple of releases. For starters, this album is nowhere near as dark as either ...And The Have Escaped The Weight of Darkness or Living Room Songs. Make no mistake, there are certainly moments that bring back some of that emotional heaviness and weight that was found on those two releases, but for the better part of this record, you get more uplifting pieces. I don't have so much a problem with that, mainly because playing much as dark as that of his last few recordings certainly warrants Arnalds to write something a bit more hopeful. Tracks like Brim and Reclaim definitely accomplish a more inspired tone while still balancing it with the more morose nature that has permeated all of Arnalds work.
There's also the employment of vocalist Arnór Dan on a handful of tracks as well. Now, I have always felt as those Arnalds pieces have never needed vocals in order to be appealing, they managed to convey more emotion in a single song than most groups with vocalists do in an entire career. But having said that, I am certainly not going to knock this album because of his vocals. Frankly, when I found out that there were going to be vocals on this album, I was afraid that Arnalds, or that his record label, was trying to make certain pieces more accessible by adding some poppy vocal track on top of his music, but that is not the case. For one, Dan is the only vocalist on here, which did lower my stress level by quite a bit knowing that there weren't going to be an onslaught of different pop vocalists covering up such emotional pieces. Then there's the fact that Dan doesn't even come across as a pop vocalist. His quivering croon definitely fits with the pieces he's singing on top of. He never takes to belting out or showing off what he can do, but rather delivers quite a low-key and emotional performance for which I definitely commend him on.
By the end of my first listen I was left somewhat disappointed because this didn't leave as strong an impression as I had hoped it would have. After multiple listens however, this album definitely has grown on me and I can say that it is some of Arnalds most accomplished work to date. It isn't quite as good as either of his last two releases, but it is still very, very good. Definitely worth checking out for those fans who enjoy some nice ambient and/or orchestral based music with some nice pop influences now and then.
Overall Score: 8
Highlights: A Stutter, Only The Winds, Old Skin
Posted by maskofgojira at 8:01 PM