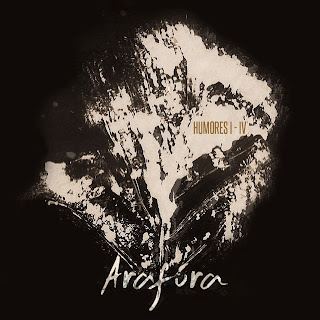 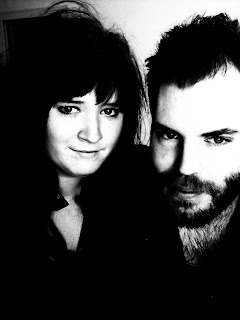 I was not familiar with the group known as Arafúra before receiving a copy of this album. I don't exactly remember what I thought this record would be when I received it but I honestly wasn't crazy about listening to it. Nevertheless, when I finally decided to put this album on, I was quite surprised at what I heard.
When I see this album's cover and when I look at the band, in my head I hear indie folk, maybe with some pop influence, which isn't a bad thing, but it isn't really my thing if you catch my drift. Yet, to my surprise, when I finally got around to listen to this album that is not what I heard. Instead this group delivers some wonderful dreamy ambiance with the occasional post-rock and shoegaze influence coming through the wall of bright tones. It's truly something quite special. I'm not going to pretend like I haven't heard this type of sound before, it's out there, but there's just something magical when it's done well; and that indeed is what these four tracks are. It's just a stunning wall of ambiance that makes you want to pay attention - which for all intensive purposes is not always as easy as I either say it is or make it seem like it is. It really sucks when I think I've found a band who does something really, really good, and then I hear a record like this and it makes me feel like a lair because these guys do it better. This is just beautiful music, that's all there is to it. In a certain light, this record reminded me of how I felt when I listened to Ólafur Arnalds' 2010 album ...And They Have Escaped the Weight of Darkness, which was very moved, if I'm just bluntly putting it out there. It's just the way the strings and keys are used to create a mood and how the orchestration never overwhelms but moves with the ambiance, that's what gets me. I never expect to become so taken with this record, and it has turned into my favorite EPs as of recently.
This album is like being hugged by a parent as a child, it's so comforting and warm. Weird analogy I know, but I think it's appropriate in this situation. Considering I wasn't looking forward to listening to this album when I first decided to put it on my Ipod and give it a few spins before writing this up, I think my opinion has shifted pretty well. Definitely check this out if you are in any way a fan of ambient, post-rock, shoegaze, or any sort of dreamy music. You will not regret this.
Overall Score: 8
Highlights: HUMORES II: Haima, HUMORES III: Xanthè Cholè
Posted by maskofgojira at 3:47 PM