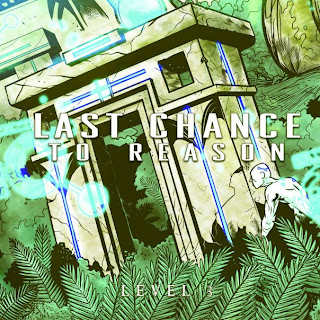 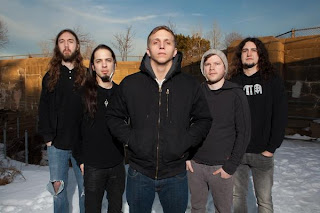 Believe it or not, I've actually been looking forward to this album. I've had sort of a soft spot for this band since I first found them a couple years ago through a random youtube video about vocal production. Since that time I've been a fan of theirs and it comes as a bit of a shock that they're shifting focus to other projects after the release of this album.
But focusing on this album, the main problem with it hit me almost immediately as I listened to the first couple of songs that were released from this album. The vocals were strangely mixed lower than the rest of the instruments, and it's not as though frontman Michael Lessard has a bad voice, in fact just the opposite, I think he's extremely talented and in my opinion is one of the best vocalists to come out from the modern prog-metal movement happening right now. Sure, there's all sorts of effects used on his vocals throughout the album, but that shouldn't be any cause to put them as low as they are in the mix. But it has to be said that when his vocals are mixed correctly, or better I guess would be better to say, like on the lead single The Escapist, he shines. While it's no shock that every member of this band is talented and highly skilled on their respective instruments, I think that his performance on the album is the clear highlight. The aforementioned track above I would claim is his best performance to date on a song. It's one of the most melodic songs on the entire record and his clean vocals just soar over the top of the still spastic instrumentals and provide a point that many people will be able to grab onto rather immediately, as I did.
On the instrumental front, the band have definitely reigned things in a bit more since their last album was released. Whether it was the loss of their keyboard player or just the want to bring things back a bit more the music is a lot less intense. In place of those more aggressive moments, of which there are still plenty of on here, you have more melodic and atmospheric features being utilized. Even without a keyboard player, there are synths and pads used all over this album, adding various textures and subtle effects in nearly every track. One of the more notable instances of it's use is for the symphonic hits on The Dictator - which is actually one of the most aggressive tracks on the album. For as much as I actually really enjoyed the bands last album, their more restrained performances on here definitely added to my overall enjoyment of the album. It isn't as constantly frenetic and aggressive, allowing for instrumental sections that are closer to fusion or for vocals to just soar. It's a style that, for as much crap these tech and prog metal groups get, does take some balls to actually pull off. It can't be too simple or you alienate those fans who like the more technical aspects while if you keep things to frenetic, those more open sections that would allow for vocals to take the lead in a song and this band manages to pull them both off.
For as much as I praised this album, it is not perfect and it probably still won't appeal to those who dislike tech metal or modern prog-metal. I think it's a nice step up for the band and I do hope they continue, even as a studio project. I seriously hope if you do have an interest in progressive and technical metal that you give this album a shot though, I don't think you'll regret it.
Overall Score: 8
Highlights: A Glimpse of Omniscience, The Escapist, The Artist
Posted by maskofgojira at 7:05 PM