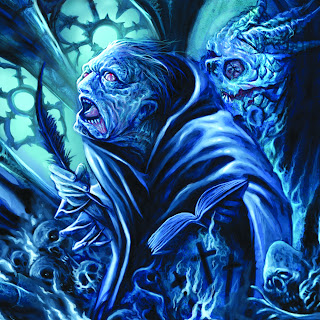 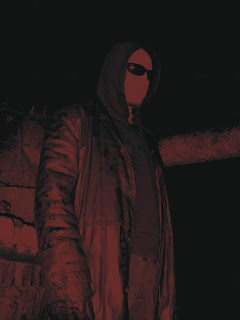 Like most people who have a vested interest in "underground" black metal, I'm a fan of Alexander von Meilenwald's now ten year old baby. Through three incredible albums and some solid material released on splits and/or a compilation, the project had a strong body of work. Although that compilation did come out in 2011, it was new material that I anxiously was awaiting to hear.
I know that I'm not the only one who's been anticipating this album since it was first announced, I was honestly losing hope as to whether the project would ever release any more "new" material before the preview for it was released. From what I can tell, both Unlock The Shrine and Rain Upon The Impure are considered to be kvlt classics of atmospheric black metal while 2009's Foulest Semen of A Sheltered Elite fell just short of achieving that same status, which pretty much means that this album had a lot going against it from the beginning from fans. Granted, I dig all three full-lengths, but the debut is probably the one I'm still most attached to. Over time the project had evolved from more traditional atmospheric black metal sort of sound into one that draws from, what appears to me, more of a death-doom sort of style. That's not to say aspects haven't always been in the band's sound to begin with, but on here I think that they are arguably at their peak to date.
What with a very paced drums performance, guitar riffs that go back between low-end tremolo picked parts and held chords, and a much more guttural vocal performance, it all struck me as sounding closer to doom metal than black metal, but like I said, it's not as if these are new to the band's sound either. These are all traits that have been a part of this band's sound since that first full-length, so maybe it was the fact that the production on here heightened my perception of them. One could say that this is a "clean" sounding album in as much as, each instrument can be heard and that the reverb isn't as engulfing as on previous releases. I would also say that the scope on here is perhaps a little bit bigger as well. While earlier records perhaps felt somewhat limited in terms of such an aspect because it was a rougher recording and maybe Meilenwald wasn't as sure of his direction as he is now (obviously this is just me speculating), but the album feels more focused and, I hesitate to use this word but, epic as well.
I think the aspect of this record that I find most appealing is it's patience. That isn't something I bring up in these reviews very often, but unlike many (and I mean MANY) records from whatever genre, this record knows how to use time to its advantage, whether consciously or not I don't know. When listening to this record, I never got bored, and this is a long album, it's almost eighty minutes in total, and yet it never particularly felt all that long. The lengthiest pieces on here, tracks like Spires, The Wailing City or A Failed Exorcism don't lose the momentum of a track like Ornaments On Malice, my personal favorite track from the album, despite dragging the running time out. As someone who listens to a lot of doom metal, and slow music in general to be honest, and as someone who does consider this to have its feet within that style of music as well, this is one of the more entertaining releases to come out from that world this year. I just said it above, but I'll reiterate, it never bored me over time through multiple listens, and it didn't lose momentum in extended and drawn out passages that came after more "brutal" black metal ones. I just think it deserves praise for that, if nothing else, it deserves the respect for keeping interest over it's entire running time and feeling very dynamic.
Overall I think this is a solid and really interesting record, and if I consider it a doom metal record (which I do) it's probably one of the most unique records to come from that genre this year. Sonically, it really doesn't sound like any other record that has come out this year and considering where this project came from (production wise), I think that's pretty impressive. Definitely check it out if your'e interested in some unique doom or black metal.
Overall Score: 9
Highlights: Malefica, Ornaments On Malice, Monument
Posted by maskofgojira at 6:29 PM