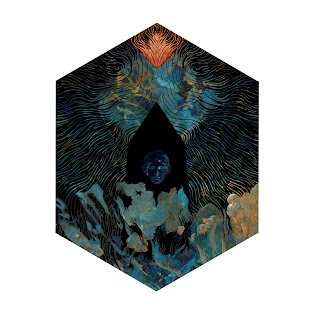 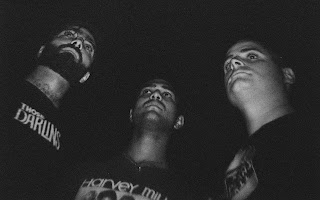 Queen Elephantine was a new group to me when I was first emailed about covering this album. I don't even think I was asked to cover the album but the name intrigued me enough to check the band out. Based on the name of the band I was actually quite surprised by what they actually sounded like.
Based on the way the press release stated it, when I first looked at and toyed with the idea of actually covering this album, I assumed it was more of a drone album. The term psychedelic rock I had seen on a few sites but unfortunately I have heard several bands called that when they were also called drone and it didn't turn out all that well. The repetitive nature that psyche-rock can have (obviously some bands dial that aspect up more than others do) can really make a band, song, or album if it's done right. While I'm not saying that I, or anyone else, should just seek out fusions of the two genres, I have heard a decent amount of groups who pretty much cycle through a single idea throughout the course of an entire song or who happen to have a drone of some sort playing atop rather clumsily played instruments. That's not what this band do.
Instead of that bland style, I would liken this closer to a group like Horseback, more in the sense that they have a similar aesthetic towards riffs than actual style. In this instance, both bands make use of very cyclical riffs that sort of take you round and round while listening to a hypnotic effect. But that's about it in terms of similarities. I would say this is a little bit heavier, has a bit more bite in terms of "metal" aesthetics, with several ideas coming straight out of the doom (and at times funeral doom) handbook. While the guitars never truly jump out and go for that typical doom metal sound (or even riffs) it's the low, fuzzy bass that keeps things heavy here. It hits hard and it grooves. The use of two drumsets obviously would help in terms of creating a groove and repeating it ad nauseum, though to be honest I was far more intrigued with the group's use of additional percussion (tanpura) and effects through instruments like slide guitar and what sounds like a sitar. They really help create that ritualistic mood the band seem so desperate to cram down your throats. Don't misunderstand me though, it's done very well but it just feels like at times like the band is trying too hard to make these songs sound like they were done in some far away temple where they (or someone else) was trying to summon some long forgotten deity or something.
In another review I read online, the writer compared these guys to Om, and it'd be foolish not to at least acknowledge that there is a similarity between the two groups as well. Though I was never all that fond of the albums that Om created, I respected them for the type of approach they had towards creating their brand of doom metal. Not that I don't respect what Queen Elephantine is doing but like I said, it feels like they're trying a little too hard and it doesn't come off quite as natural and authentic as what Om does.
It's certainly not bad as that last statement may have made you think, but I won't say it's great either. It's a solid piece of work with some very cool ideas and interesting use of instrumentation, but it just isn't particularly memorable. If you're interested in more ritualistic and monotonous (in a good way) music than definitely give this one a shot.
Overall Score: 7.5
Highlights: Veil, Crone
Posted by maskofgojira at 8:21 AM